Despite Poisoning Deaths, India’s School Lunch Program Must Go On. For NYT

Despite Poisoning Deaths, India’s School Lunch Program Must Go On. For NYT

Despite Poisoning Deaths, India’s School Lunch Program Must Go On

As of this writing, 25 children are reported dead in India after eating lunch tainted with insecticide at a primary school in the eastern state of Bihar. More than two dozen others who ate the food are in hospitals.

The children complained as soon as they put the rice, dal (lentils) and watery potato curry in their mouths. They said that it tasted weird. The school official who listened to their complaints and tasted the food fell sick as well. The food was contaminated with organophosphorous, a poisonous trace element found in insecticides. The Times of India reports that two of the dead are children of the woman, a cook, who prepared the lunch.

If the food tasted odd, why did the children continue to eat it? That is the question that haunts me, even though I know the answer: because they were hungry; because it was probably the only meal they would get that day; because the lunch was what brought them to school; because they were used to eating poor quality food. I live here in India; I see the poverty in which many children live.

The midday meals scheme has been lauded as one of India’s successes. It began in the 1960s in my home state, Tamilnadu, and was institutionalized in the ’80s when it spread all over the country.

It brings countless children to school all over the country and gives them lunch for two or three pennies, quite literally. But it needs to be “rescued” from the bureaucracy that cripples it as much as it helps. Shweta Sharma, a teacher in the nearby state of Jharkand, wrote an impassioned essay in FirstPost, about the impact of the midday meals program on her pupils’ lives. “Like other teachers, I’ve personally seen the Midday Meal Scheme succeed in convincing parents to send their children to school,” she said. “Like other teachers, I’m anguished and angry to read of children dying because of the food they were given as part of that scheme. All concerned governments, departments, administration must wake up — because what has happened threatens the only chance children have.”

Growing up in Tamilnadu, I have personally seen poor families make the economic calculation that pits education against livelihood. Farmers who need their sons to help till their land often send the boys to school just so they can get one square meal a day. Mothers who need the added income from having their daughters work in matchbox factories may still send the girls to school simply to eat. “At least they won’t go hungry,” they tell themselves.

I contribute to Akshaya Patra, a nongovernmental organization that cooks and sends food to 1.3 million children across nine states (though not Bihar, where the poisonings occurred). The name has its origin in Hindu mythology and denotes an inexhaustible vessel of food that can feed a village. Akshaya Patra states that it can feed a child for an entire year for just $15. Other NGOs, like the ISKCON Food Relief Foundation, also provide midday meals to schoolchildren, an urgent need in a country where nearly half of the population under age 5 are underweight and nearly half of the population goes hungry.

While the tragedy in Bihar underscore the flaws in the system, it doesn’t detract from the essential goodness of the scheme. Just as having better toilets brings young women to school, serving them lunch brings children to school in droves.

The sad truth is that the Indian school system is stretched (which one isn’t?). Meals are cooked with little supervision. As Alliya Abbas describes in the Niti Central newspaper, the midday meals scheme is rife with corruption and poor management. Locally, it is generally accepted that the ingredients come from rat-infested government warehouses, or “godowns,” as they are called here. They are transported with little heed for safety or health. And the cooking environment is uncertain. A failing gas supply can result in half-cooked food. There are no checks and balances. Most government schoolteachers would probably say that Bihar was a tragedy waiting to happen.

This tragedy will shine a light on the internal problems and perhaps force improvements. Panels will be set up to study what happened and make recommendations. If the deaths of these children lead to change, it will be small comfort to their families, but it may at least prevent other families from suffering in the same way.

India and its families need the midday meals. More children in school, performing better, is better for us all. But to keep the gains the midday meals have brought to India’s schools, children and parents must be able to trust them. India and its local governments must do what needs to be done to keep our schoolchildren safe.

Shoba Narayan is the author of the memoir “Return to India.” 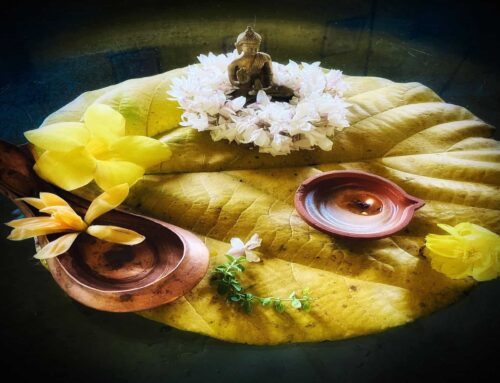