Emmanuel Stroobant, chef of Singaporean popular restaurant Saint Pierre, serves a signature wok-fried foie gras with tetaki of Japanese squid, julienne of Parma ham with warm yogurt jelly and black peppercorn reduction. But ask him if he is a fusion chef, and he balks. “I guess I am,” he says, “but I don’t like the word fusion.”

“Fusion has become a bad word in Singapore,” says food-and-beverage consultant Peter Knipp, whose company organizes the city-state’s annual World Gourmet Summit. “People use it as an excuse to mix ridiculous ingredients, charge double the prices and upset a lot of people.”

It wasn’t always this way. Singapore was in the avant-garde of the fusion trend of the early ’90s. Knipp, who has lived here for 26 years, can remember a time when every high-end restaurant jumped on the fusion bandwagon, mixing caviar with cumin and foie gras with fennel. Some combinations were daring such as naturally sweet cod fish and salty miso but most were mediocre at best. “A lot of chefs don’t know how to use Asian ingredients,” says Stroobant.

Nowadays, while restaurants in London and New York are still discovering “exotic” spices and techniques ranging from tamari (a wheat-free soy sauce) to tagines, most of fusion’s earliest supporters in Singapore have turned turtle. “It simply doesn’t work,” says Gunther Hubrechsen, chef at Les Amis, arguably Singapore’s best French restaurant. Part of the reason is simple snob value. To class-conscious Singaporeans, fusion cuisine has become down-market. How could it be otherwise, when it’s the mundane fodder of food courts? Pandan tuna wraps, Peking duck pizzas and (the horror! The horror!) green-tea frappuccinos are freely available. So are Singapore’s traditional syncretic cuisines. Long before fusion godfather Jean-Georges Vongerichten was mixing tamarind with truffles, local hawkers were fusing ingredients with aplomb. Nyonya cuisine (Chinese-Malay), Mamak food (Indian-Malay), and kaya toast (English toast with coconut-egg custard) are all fusion foods, doled out daily to office workers for $2 a pop. That’s why class-conscious diners are being drawn to less chewed-over culinary styles.

“Why would you want to spend $400 on food that is better prepared at your hawker stall for $2?” asks Chung Ho Shi, the Hong Kong-born chef of the Golden Peony restaurant in the Conrad Centennial Hotel, where Jackie Chan likes to stay and eat high-end Cantonese food. “Fusion got pretty screwed up in the late ’90s, with chefs putting too many flavors on the same plate a little coconut milk, some smoked salmon, some curry,” says Otto Weibel, director of kitchens of the Raffles Group and president of the Singapore Chefs Association. “That’s not fusion; that’s confusion cuisine.”

In the past few years, several high-end restaurants in Singapore that served fusion cuisine like the Japanese-European Centro 360 have closed. Others have refashioned their menus to make them more representative of one culinary culture. Last year, Weibel changed the focus of Raffles’ Jaan restaurant from French-Cambodian to modern French. At Equinox, on top of the adjacent Raffles City complex, he has gone to great lengths to assure diners that they can choose between “pure Western and pure Asian cuisine,” cooked in two separate kitchens.

How are overseas chefs reacting to Singapore’s fusion backlash? Michelin-starred chef Vineet Bhatia, of London’s modern Indian restaurant Rasoi Vineet Bhatia, was shocked when he flew in to be guest-chef for a week at local haute Indian restaurant Rang Mahal. “To call something fusion in Singapore is taboo,” he says, “because people think it is bastardized food.” Culinary faddists be warned: if Singapore’s chefs are any indication, you’d best send back that salmon tikka pizza and get your nose out of the lemongrass lobster bisque. 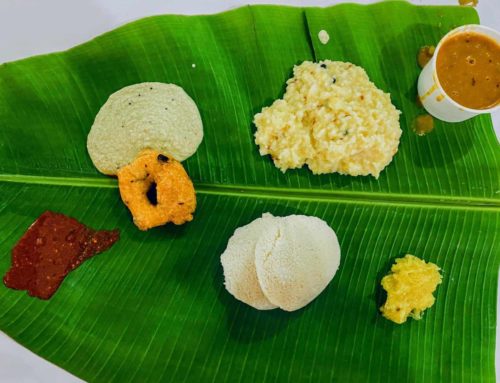