Astrology of the Apple Watch

Astrology of the Apple Watch

The astrology of the Apple Watch 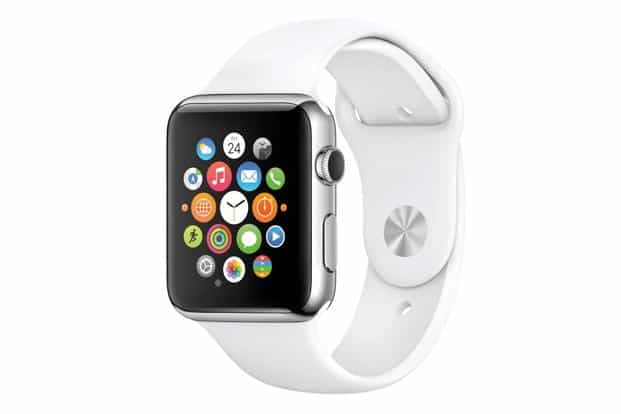 The problem with the Apple Watch is that it aspires to be a timekeeper; a gadget amd a fashion accessory. Admittedly, Apple’s genius is creating products that people didn’t know they wanted; leaving slack-jawed competitors in its wake.

But do you really need yet another smart device when you are already checking your phone some 154 times a day? I decided to test this premise on an early-adapter relative of mine—called Seenu mama by one and all, including his wife.

Seenu mama, 78, lives in T Nagar, Chennai, and frequently goes to the Bay Area in the US where his three children live. In his Godrej almirah, amid the odd dead cockroach with transparent wings, are a slew of gadgets given to him by grateful nieces and nephews in exchange for the astrological predictions he dispenses with uncanny precision. He begins his day at 3am, when Chennai is quiet and mellow. After a cup of frothy filter coffee, Seenu mama does his morning prayer and peruses the horoscopes that have been emailed to him from all over the world. While he prefers to make calculations by hand, he also looks to apps and software for corroboration. He skypes with students in Toronto; consults with worried software engineers in the Silicon Valley; and helps real estate magnates in New Delhi decide on a suitable time for breaking ground on a new project. Seenu mama is an avid user of digital devices. Were it not for his age, this septuagenarian would fit the perfect customer profile for the just-out Apple Watch.

Seenu mama’s current gadget of choice is the iPhone 5S, on which he has several apps of choice: Yik Yak, to anonymously complain about his wife to strangers; The Night Sky, to track whether Gemini or Cancer is ascendant; and astrological software that he uses to chart planetary transits on a minute-by-minute basis. But a watch? Would he use the Apple Watch, particularly since he is so devoted to his Titan Edge? I wasn’t sure.

The products that give us pleasure are deeply personal and occasionally contradictory. The corporate executive who wears strait-laced pinstriped suits may reveal and revel in striped orange underwear and pink Paul Smith socks—known only to his lovers and laundress.

Free-spirited hippie types who eschew bathing and cleaning may stock OXO Good Grips soap-dispensing cleaning brushes in every bathroom simply for the pleasure of that satisfying squirt.

We each contain “multitudes”, as poet Walt Whitman said; and unpredictable contradictions, which drives marketers nuts.

The normal non-Apple Watch occupies that nebulous space between relic, heirloom, status symbol and luxury product. Young people generally don’t wear a watch, except when they are going for job interviews. My husband has a Rolex watch, given to him by his father, who himself got it as a wedding gift from his father-in-law. None of these men, as far as I can tell, has worn the watch. Well-heeled friends collect Swiss watches and prattle on about minute repeaters and escapements to a Bitcoin-crazy generation that views currency, forget a watch, as a quaint has-been and writing code on GitHub as an alternative to a university degree.

Can Apple make a watch an edgy must-have accessory? For the first time, I am not sure. The gadget universe is divided into purists and, for lack of a better word, mixologists. Purists like objects that do stated, specific, single things. A watch is for telling time; a fountain pen, for writing; a cocktail shaker, to look cool; and a stiletto, to look sexy. The beauty of these objects lies in their simplicity, and elevating that specific task to perfection. Apple specializes in mixology. Its phone can do things that your mother cannot; and oh, as the late Steve Jobs famously said, it also makes calls. Apple-ifying a watch seems like the logical next step, except that it is wearable. Therein lies its strength and its weakness.

For many, the biggest concern with wearing a device on your wrist is the electromagnetic radiation that will ensue. These are the people who never carry a phone on their person; never stand in front of a microwave; and believe that the radio frequency (RF) radiation that these devices emit will change their blood glucose levels. For these people, wearing an Apple Watch would be akin to curdling the brain.

Apps are Apple’s secret weapon. They are what make the phone addictive. I have about 40 apps on my iPhone 6 Plus. I use Pocket extensively to read offline. I exercise using 7 Minute Workout and walk using Moves. I downloaded Life360 to track my family, but they didn’t register. I can access the app version of Carnaticradio.com, which streams Carnatic music from a station in Singapore, on my phone; as I can Bird Calls, which helps me recognize my avian neighbours. Current research states that we should spend on experiences rather than objects, but I love my iPhone. This particular object gives me so much pleasure. At the same time, I struggle to keep away from it, lest I become more addicted to it than I already am. I periodically put it on silent and ask my children to hide it for a few hours.

Author and historian Yuval Noah Harari brutally likens computer games to a drug-addled brain in a conversation with Nobel prize winner Daniel Kahneman, titled “Death Is optional”, for Edge.org. As robots and technology make us humans redundant, we will have no meaning in life, he says cheerily. We will solve our inner problems by clicking on digital gadgets. Many of us do that already, witness the slew of passengers who attack their anxiety by babbling into phones the minute the plane lands. What will happen with an always-on watch? I shudder to think.

As an Apple product user, I have doubts about their latest product for these and other reasons. I would hate to wear a device that vibrates or buzzes with every silly Whatsapp, Facebook or Twitter notification. At a time when I am trying to figure out how to detox from digital gadgets, the thought of wearing one is like hugging the enemy. As for Seenu mama, his problem with an Apple Watch is simple: It needs to be charged. “Who wants to carry one more charger while travelling?” he says. “I’d rather carry my Brihat Parashara Hora Shastra (astrology book).”

Shoba Narayan will not be buying an Apple Watch. She will buy a Microsoft Universal Mobile Keyboard instead. Write to her at [email protected]