A long time ago, my mother brought me some rasam.  The scenario described below was acted out, except that I was the one talking about knee pain, and why make rasam.  And my mother was the one saying those words.  Similarly, years ago, my mother in law was insisting that I buy a sari in Nalli Silks, Chennai.  Again, I was refusing like the son-in-law in the scene below.  I think gift registrys take the joy out of giving.  They sacrifice emotion for efficiency.  Indian weddings don’t have gift registrys but here too, we get the same one-horned rhino or jumping cheetah, that you know is a reused gift.  You get some pretty horrible recycled gifts at Indian events and then you wonder, maybe registrys will solve this rhino from going from wedding to wedding.  Indians give cash too at weddings; as do the Chinese.  I guess the thoughtfulness and sentiment works only if there is affection between giver and receiver.  Otherwise, you are doomed to getting the one-horned rhino or ticking of “one wine glass in a set of eight” in the gift registry.

The real value of a gift

What matters most: the gift or who has given it
Shoba Narayan 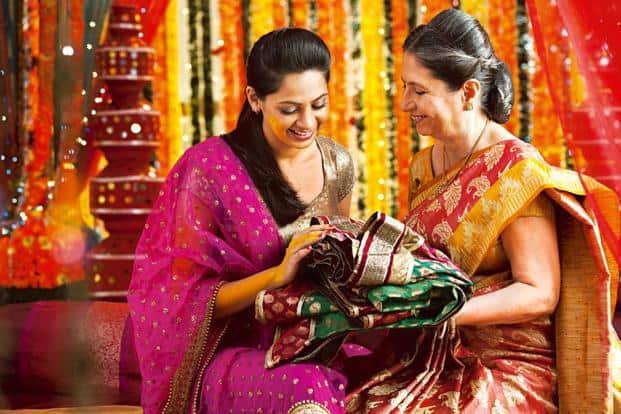