Give gifts, get things done. Shoba Narayan on essential barter 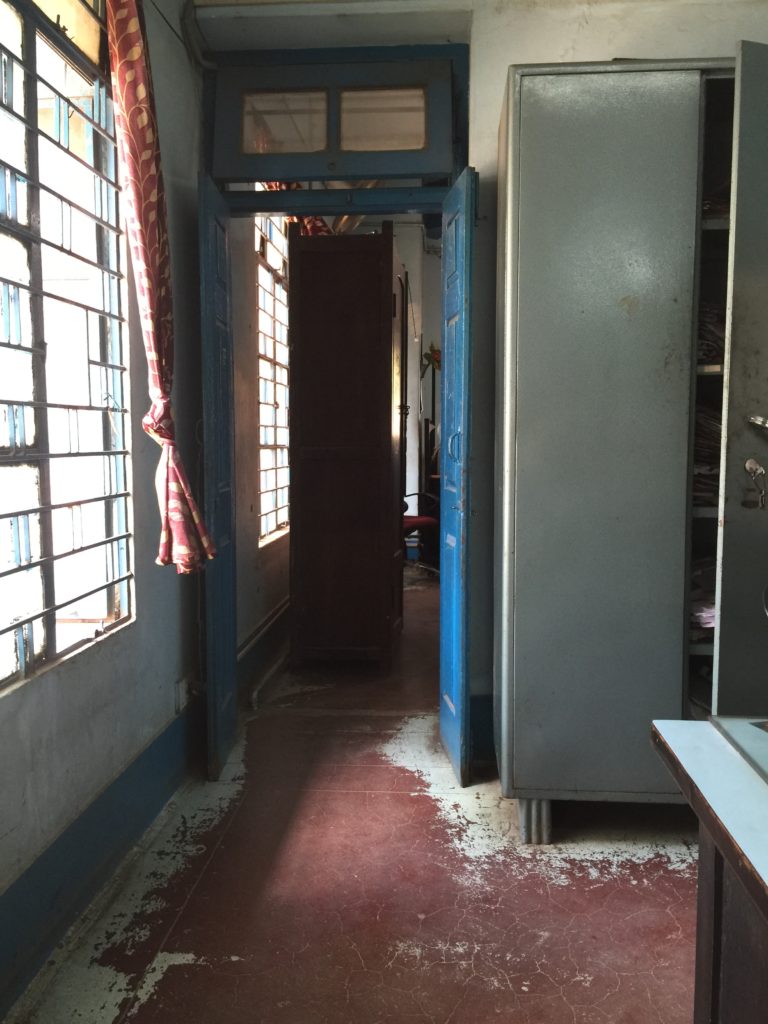 Last night, my 84-year-old father called me at 9:45 PM. The lateness of the call told me that he was mulling over something serious.

“I have reached a momentous decision,” he said. “I have decided to sell my NSS policy, which is worth about six lakhs.”

My father got his National Savings Scheme (NSS) policy from the post office about 20 years ago. I was the beneficiary. He wanted me to accompany him to the post office to “do the needful,” he said.

“Do you have one of your books to spare?” he asked meaningfully.

I nodded with a sigh.

Ten years ago, in a fit of authorly pride, I bought over 100 hardcover copies of my first book, “Monsoon Diary.” I regretted the decision within a year.

I began complaining to my parents– rashly in retrospect– about how these books were taking up space in my tiny storage area. I couldn’t keep extra provisions because boxes of books lined every available space.

My parents—as parents do– came to my rescue. Or so they thought. Every time somebody did them a favor, they decided to hand out one copy of my book as a reward, much like the princesses of yore handed out pearl necklaces; or Paari, a Tamil king giving up his chariot to a creeper that was struggling for a place to climb, so much so that he became known throughout Tamil Nadu as “Paari-Vallal” or “Generous Paari.” Well, my parents were going to be generous book-dispensers.

I first learned about their scheme in Chennai when we visited my father’s old haunt, Mercy Electronics, where he bought everything from a splitter to a slide rule. The proprietor was usually clad in a resplendent red shirt that stretched tightly over his paunch and a matching red cap.

One day, when I accompanied my Dad, the proprietor beamed at me genially. “Your father gave me a copy of your book…ummmm….Moore Market Dairies, isn’t it? I gave it to my granddaughter. She is trying to read English.”

“Moore Market burned down years ago, uncle,” I replied, glaring at my Dad. Why was he giving my book to a man who didn’t want to read?

My dad coughed apologetically. “He helped us so much when the toilet at home overflowed,” he said.

This became a pattern. Some months later, my parents’s ophthalmologist peered at me from behind his magnifying glass and said, “I was very happy to get your book, “Monsoon Wedding,” even though I am not much into cookbooks.”

I started to say that it wasn’t a cookbook and then kept my mouth shut.

“He helped us so much with my cataract removal,” said my dad.

When the local Chettiar store proprietor made an exception and home delivered all their provisions, my parents handed them a copy of my book as thanks. 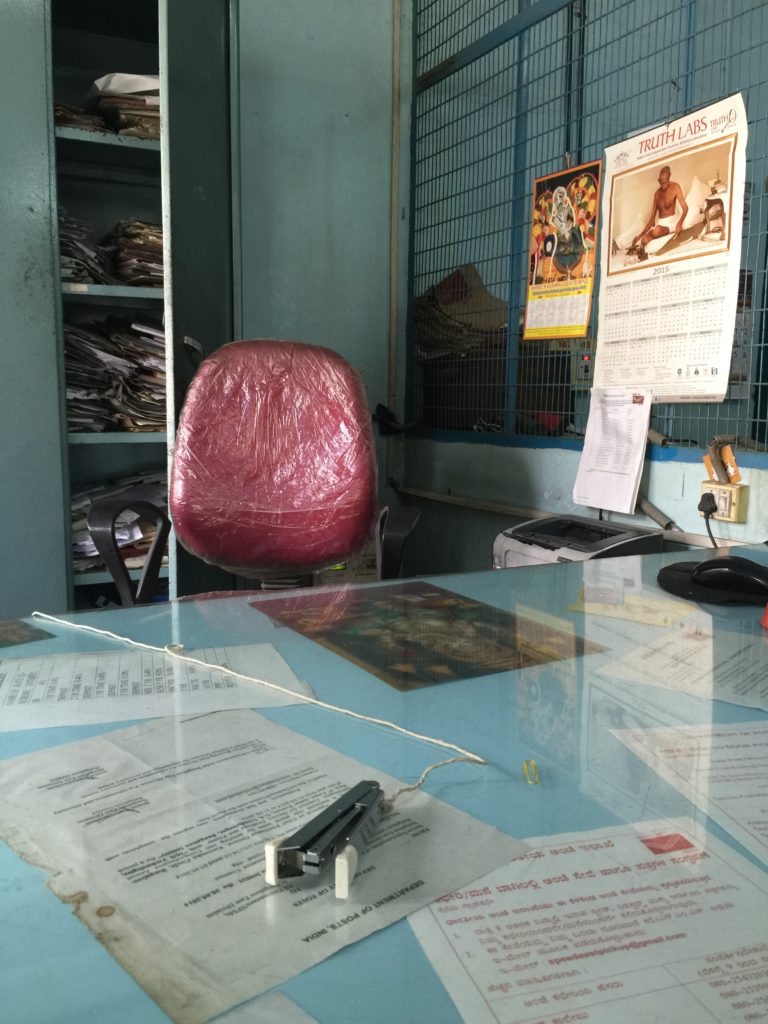 This time, I didn’t protest when my father told me to carry along a copy of my book to the post office. There was a pleasant young woman behind the metal desk. Behind her was a Godrej almirah with a pile of files inside. On the metal desk was a stapler with a string attached so that nobody would swipe it. Two calendars hung on the wall. One contained an image of Mahatma Gandhi with the caption: “Truth Labs: India’s first independent forensic science laboratory”. The other was a calendar from the Nagamma temple across the street. A man named Doddayya—literally Big Boss (now that’s a name)—stood in attendance.

The procedure was actually painless, even if it took 2 hours. The woman walked us through all the forms that we needed to fill and sign. My father had brought his PAN card and other documents in triplicate. Once the procedure was over, once the lady assured us that my dad’s money would be returned to his bank, it was time for the thank-you gift.

“My daughter is an author,” my father began. He had told me in advance that he wanted me to do the deed; to offer the book. “Tell her that the book is Saraswathi Kataksham: a gift from the goddess of learning,” he said.

“We would like you to have a copy of my book,” I said, handing it out.

“Thank you very much, Madame,” said the post office lady.

“We live down the road,” said my father. “If you pass by our house, why don’t you drop in? You have our address.”

Was this what my father was doing? Was he inviting strangers to his house simply because they had given him good service? We spent the rest of the time with me lecturing him about how old people were getting their throats slit by strangers and then feeling bad about the whole thing later.

While my dad’s arsenal of choice was books, my mom preferred clothes. She handed her old saris to the fruit vendor, cobbler, knife-sharpener, garbage cleaner, gardener, and the woman who sold fresh greens every morning. When she accompanied me to renew my driver’s licence, one of the clerks was very kind and helpful to us (which by the way is not as uncommon as people think—the much maligned Indian bureaucracy works and people do go out of their way to help hapless strangers).

On the way back, after renewing my licence, my mother asked, “Remember those free pyjamas that you used to get in airlines? Why don’t we give them to the man who helped us? He is large and that large-size one that is sitting around the house will fit him.”

“Ma, the job is done. The licence is renewed. Why would you go all the way to Yeshwanthpura to give a clerk a pair of pyjamas?”

“You never know,” said my mother. “It is best to have a good relationship with everyone.”

This then is the long view of life. I view interactions as transactions. My parents view interactions as relationships. Post office personnel get invited home for festivals; and the man at the transport office gets new nightwear because he complained that his joints were aching in Bengaluru’s cold weather. As for me, I have a lot of spare room in my storage closet these days.

Shoba Narayan has stopped complaining about her books occupying space in her house. Write to her at [email protected]