Why wine maestro Rajat Parr has become a farmer

A self-taught sommelier, Rajat Parr wants to create wines with minimal intervention at his 12-acre farm in Cambria, California 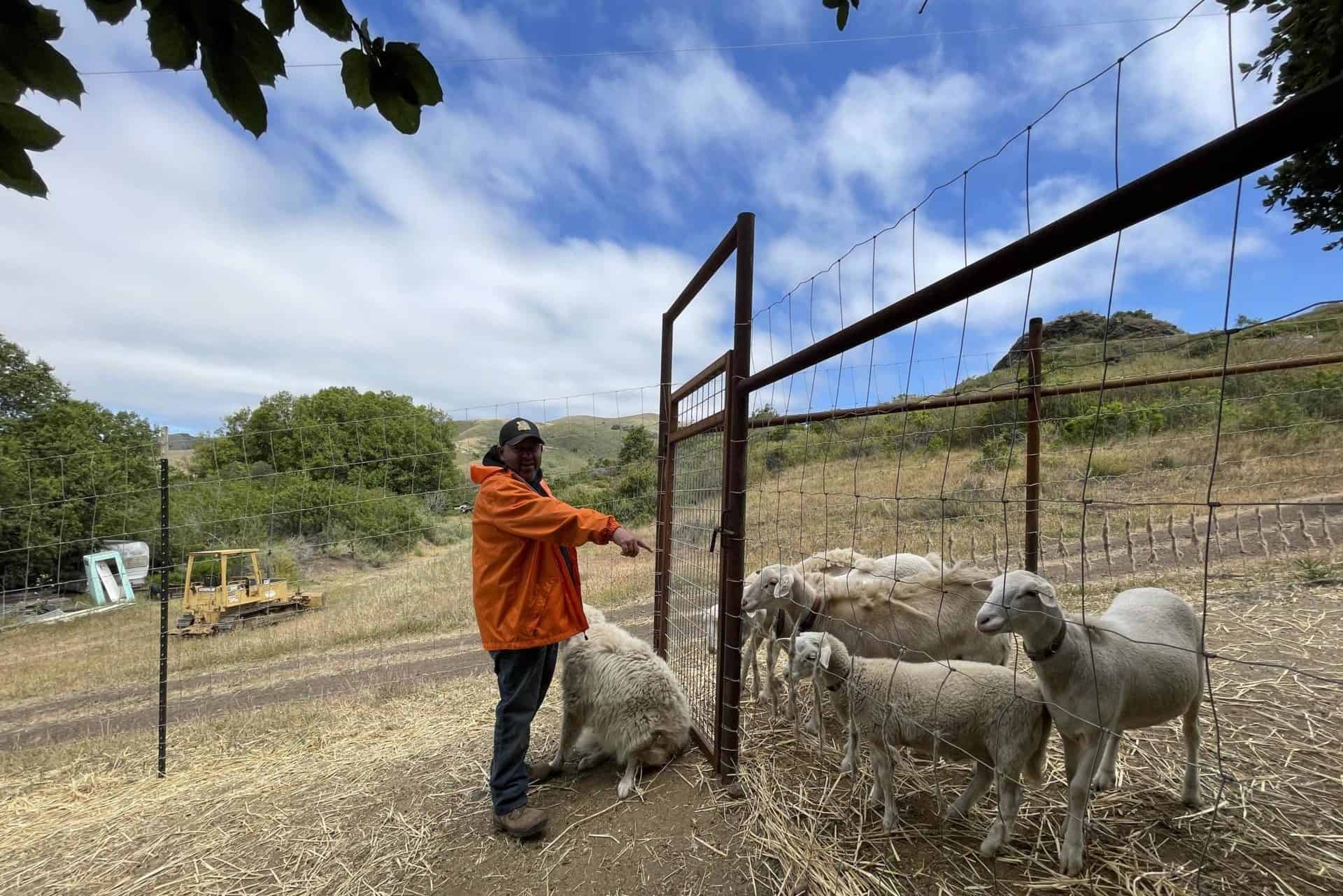 When viewed from the sky—or at least Google Earth— Phelan Farms in Cambria, California is a picturesque piece of land that hugs the Pacific Ocean.

It is here, three hours from San Francisco, that acclaimed winemaker and self-taught sommelier, Rajat Parr, 49, has leased 12 acres of land. He wants to farm the land, and create wines with minimal intervention, using organic, biodynamic and regenerative farming practices that give back to the earth, and sing to his soul.

I am trudging behind Parr through the windswept hills and cold streams that are part of a place that seems straight out of a Daphne du Maurier novel. He points out plots of land, each of which is planted with a little known grape variety. “That’s Savagnin from the Jura region of France,” he says. “Not Sauvignon blanc, but an older varietal that is connected to Traminer.” Another plot holds Mencia, Poulsard, Mondeuse and Gamay. These grapes are a world away from the ubiquitous varietals that California is known for—the Chardonnays that are a favourite at cocktail parties, the Pinot Noir that gained its fame after the film Sideways, and the Zinfandels that are jammy and strong.

Parr’s wines are not inoculated with yeast cultures to activate or speed up their fermentation process. They’re not made with over-ripe grapes to create the big bold ’California Cabs‘ that have an alcohol content of 17% or more. In contrast, the alcohol content in most Old World wines is 13.5%. It’s a slower way of living, growing and drinking that Parr wants to revive.

This isn’t new of course. Organic wines are gaining steadily in the global market but they are still a fragment (3.5-4% by most estimates) of all the wine that is consumed.

“Once you figure out how to make wine, it is not rocket science,” says Parr. “It gets repetitive. I want to go deeper now, be a farmer.”

It seems like the logical next step for a man who has experienced a meteoric rise in the rarified echelons of the US wine world.

A self-taught sommelier turned winemaker now turned producer-farmer, Raj Parr has seen it all, tasted it all, and has views on everything. Parr serves on juries, appears on talk shows, has a Rajat Parr wine club, and is profiled in movies and magazines.

Not bad for a Kolkata boy named Rajat Parashar, who didn’t taste wine till he was 20 (in 1993), and studied at the Welcomgroup Institute of Hotel Administration in Manipal before moving to the US in 1994, becoming a naturalized American citizen and shortening his name. 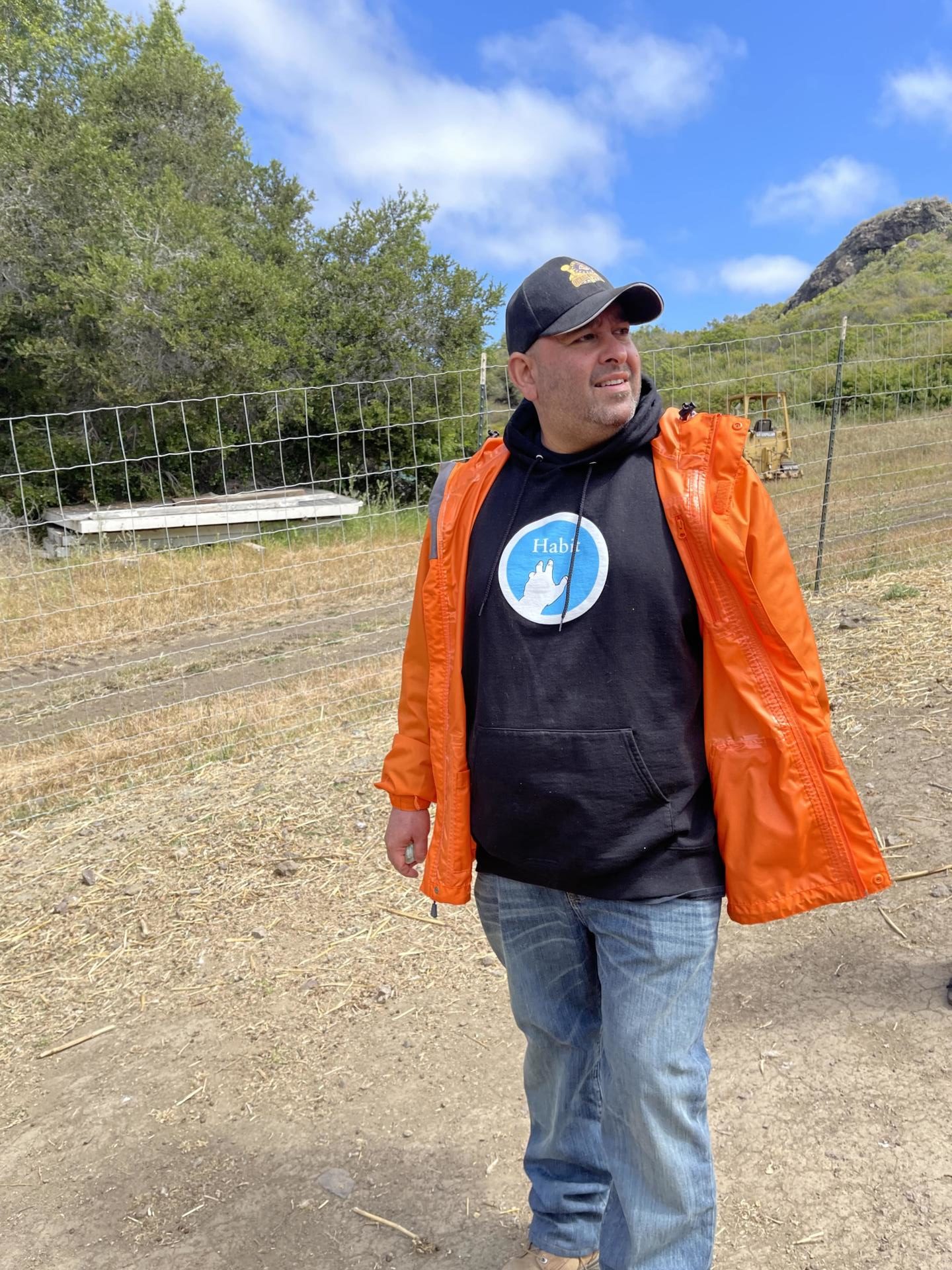 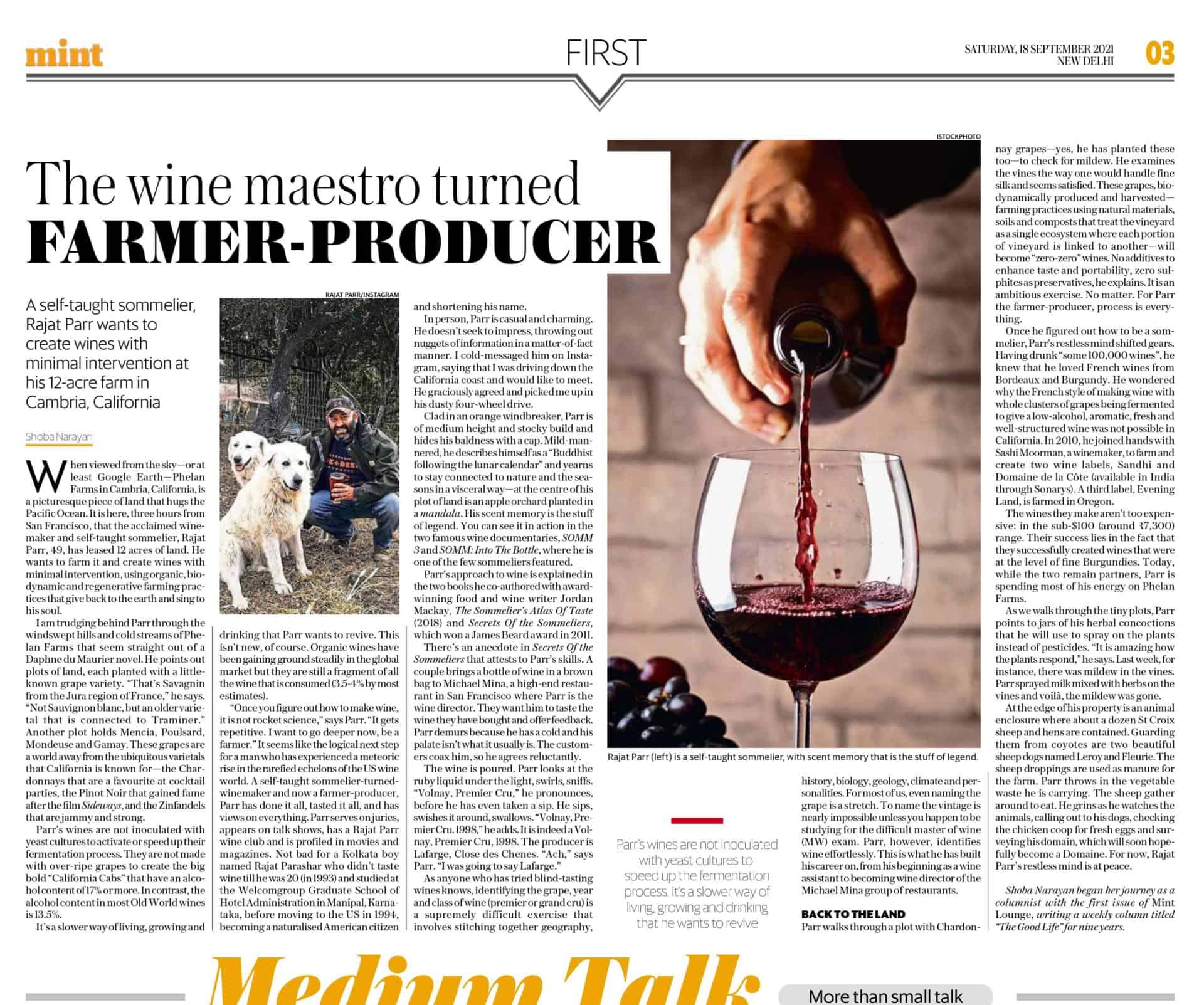 In person, Parr is unprepossessing. He doesn’t seek to impress and almost mumbles his answers. I cold-messaged him on Instagram, saying that I was driving down the California coast and would like to meet. He graciously agreed and picked me up in his dusty four-wheel drive.

Clad in an orange windbreaker, Parr is of medium height, stocky build and hides his baldness with a cap. He’s mild-mannered, and describes himself as a “Buddhist following the lunar calendar,” yearns to stay connected to nature and the seasons in a visceral way—at the centre of his plot of land is an apple orchard planted in a mandala, a circle with strategic trees denoting the chakras. His scent memory is the stuff of legend. You can see it in action in the two famous wine documentaries, Somm 3 and Somm: Into the Bottle, where he is one of the few sommeliers featured.

BACK TO THE LAND

Parr’s approach to wine is explained in the two books he co-authored with award-winning food and wine writer Jordan Mackay, The Sommelier’s Atlas of Taste (2018) and Secrets of the Sommeliers, which won a 2011 James Beard award.

Parr walks through a plot with Chardonnay grapes—yes, he has planted that too but it is farmed organically and biodynamically—to check for mildew. He examines the vines the way one would handle fine silk and seems satisfied. These grapes, biodynamically produced and harvested —farming practices using natural materials, soils, and composts that treat the vineyard as a single ecosystem where each portion of vineyard is linked to another—will become “zero-zero” wines. No additives to enhance taste and portability, zero sulphites as preservatives, he explains. It is an ambitious exercise, not least because such wines may not get the permission for export. No matter. For Parr the farmer-producer, process is everything.

Once he figured out how to be a sommelier, Parr’s restless mind shifted gears. Having drunk “some 100,000 wines,” he knew that he loved French wines from Bordeaux and Burgundy. He wondered why the French style of making wine with whole clusters of grapes being fermented to give a low-alcohol, aromatic, fresh and well-structured wine was not possible in California. In 2010, he joined hands with Sashi Moorman, a winemaker, to farm and create two wine labels, Sandhi and Domaine de la Cote. A third label, Evening Land is farmed in Oregon. The wines they make aren’t too expensive: in the sub $100 range. Their success lies in the fact that they successfully created wines that were at the level of fine Burgundies. Today, while the two remain partners, Parr is spending most of his energy on Phelan Farms. 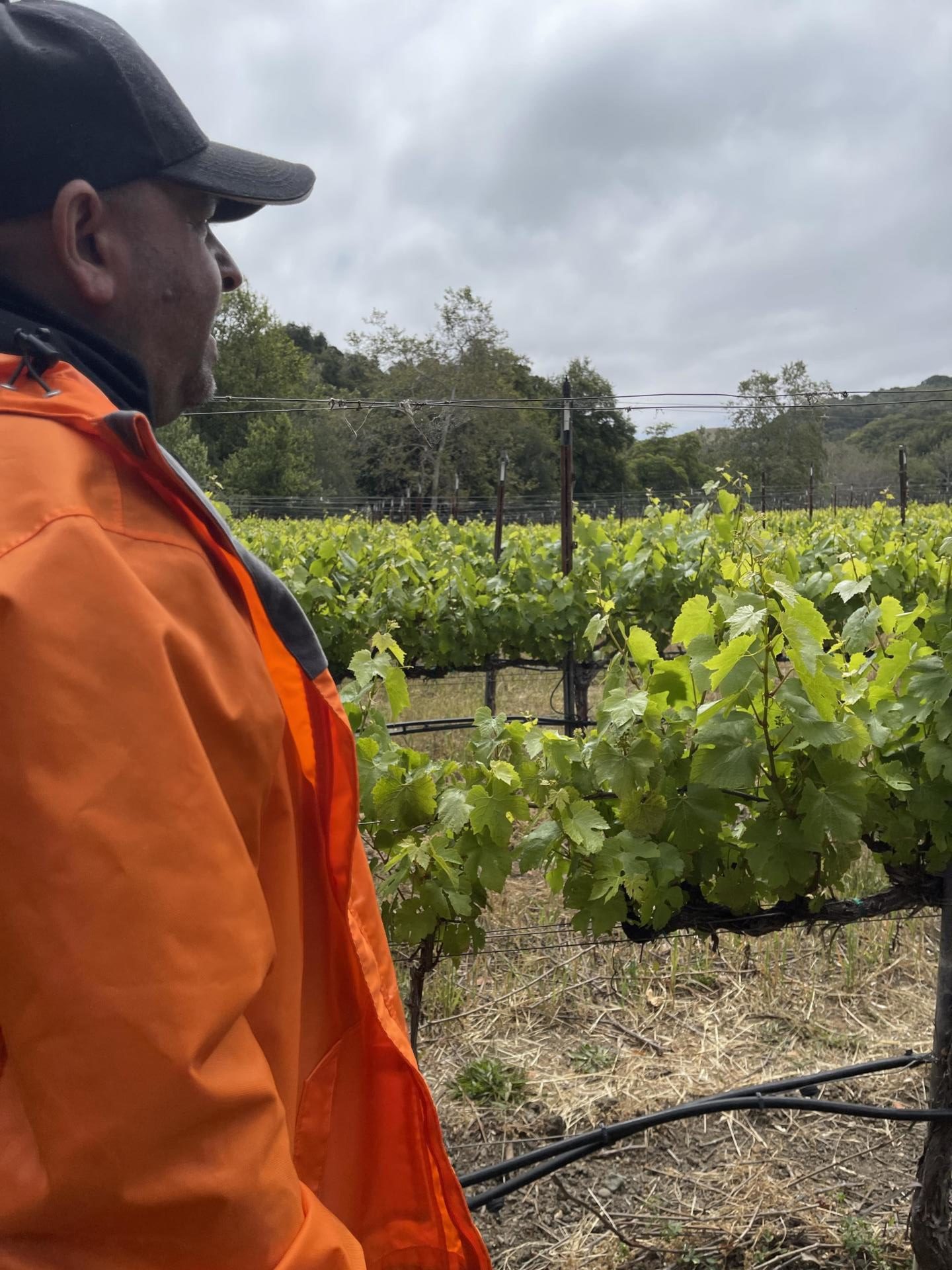 As we walk through the tiny plots, Parr points out his jars of his herbal concoctions that he will use to spray instead of pesticides. “It is amazing how the plants respond,” he says. Last week, for instance, there was mildew in the vines. Parr sprayed milk mixed with herbs on the vines and voila, the mildew was gone.

At the edge of his property is an animal enclosure where about a dozen St. Croix sheep and hens are contained. Guarding them from coyotes are two beautiful sheep dogs named Leroy and Fleurie. The sheep droppings are used as manure for the farm. Parr throws in the vegetable waste he is carrying. The sheep gather around to eat. He is grinning as he watches the animals, calling out to his dogs, checking the chicken coop for fresh eggs, and surveying his domain which will soon hopefully become a Domaine.

For now, Rajat Parr’s restless mind is at peace.

There’s an anecdote in Secrets of the Sommeliers that attests to Parr’s skills.

A couple brings a bottle of wine in a brown bag to Michael Mina, a high-end restaurant in San Francisco, where Parr was the wine director.

They want him to taste the wine they have bought and offer feedback.

Parr demurs because he has a cold, and his palate isn’t what it usually is.

The customers coax him and so he reluctantly agrees.

The wine is poured.

Parr looked at the ruby liquid under the light, swirls, sniffs.

“Volnay, Premier Cru,” he pronounces, before he has even taken a sip.

The couple smile and open the bag. It is indeed a Volnay, Premier Cru, 1998.