Role reversal: you become an adult when your parents becomes the child

Role reversal: you become an adult when your parents becomes the child

The adult life: Parenting the parents

You become an adult when your parent becomes a child

When do you become an adult? People have different answers for this. Some say that they become adults when they leave home for college, when they make decisions on their own. Others link it to their first kiss, or more prosaically, their first paycheck. One friend said that she became an adult when her parents died.

You become an adult when your parent becomes a child. It can happen when you are 30 or 60

For me, the answer is linked to role reversal. You become an adult when your parent becomes a child. It is the moment when you start dictating their life and their choices, when you become the protector rather than the protected. It can happen when you are 30 or 60.

The first time it happened to me was when my Dad and I went to buy a sweet called Triple Taste. It was all the rage in the late ’70s, but it is probably extinct now. We bought it partly because of its coloured wrappers that contained flags, if I remember right. The two condiment shops that sold this sweet stood opposite each other and were rather grandly called Rolex and Poompuhar. My Dad and I crossed the street. He stumbled. I grabbed his hand. He smiled and said, “I think I am holding your hand to protect you when in fact you are holding my hand to protect me.” I felt like I was the king of the world.

My parents saved those Triple Taste wrappers that my brother and I collected. I know this because we were packing them. It was the summer of 2009. After months of negotiation, my parents had finally consented to moving from Chennai to Bengaluru. They were squabbling like kids and we were being the referees. Then again, my parents show their love by bickering with each other. 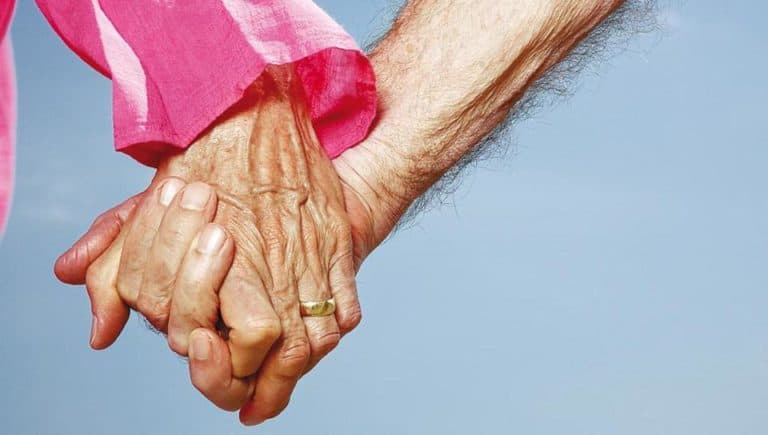 I have never heard them say, “I love you” to each other. Not once. I have not seen them hug in public unless some foreign returned nephew or niece forces them to do this for one of those “everyone hug each other” family clan selfies. Even then, my parents do this awkwardly. Their relationship is rooted so deep, it is beyond the realm of words or date nights or flowers on anniversaries. Their bond is primal, woven through constant quarrelling, sounds, smells and glances. My mother can smell my father’s arrival. I know this because her nose twitches as the door opens.

 “Did you get the coir rope to pack the god photos?” she asks.

 “Yes and I found all my old banians to wrap them in,” he replies.

Agarwal Packers and Movers have arrived and we are loading the 70 cardboard boxes that will make their way to their new life in Bengaluru. My parents are nervous and excited. They have lived for 30 years in Chennai and are now shearing their ties with their hometown to be near their children in an alien city. As is common in India, our neighbours are saying bye through food. Unholy quantities of curd rice, tamarind rice, lemon rice arrive – this is Chennai after all, where rice is holy. Friends arrive unannounced to gawk and take away things that we don’t want. Finally all the boxes are loaded. The house is empty save for the milk cooker, which we do not pack for a very specific reason. The final act that my father performs in the house that I grew up in, the house that we are now abandoning, is to make coffee. Boiling milk was his first act when they entered the house. He now ladles seven spoons of Narasu’s Coffee – a mixture of peaberry and plantation beans, roasted and ground in the nearby Kamala Coffee Works. The stainless steel filter is pressed to use as it has been every day of my parents’ married life. The aroma of South Indian filter coffee fills the kitchen. In spite of the withering heat of Chennai, suddenly all seems right with the world. The milk cooker whistles. We crowd around, watching my Dad mix coffee and milk with scientific precision. He puts a spoon full of sugar, mixes the liquid in two tumblers and hands the first one to my Mom.

Like migrating songbirds, we are moving them to an alien land. Will it work? Let us see.