There are times when churning out a column a week is torture; when you just want to throw in the towel and switch to an accounting job or something.  This column was written under such circumstance.  Very bad, as my young friend, Idanth would say.

The rare pleasures of serendipity 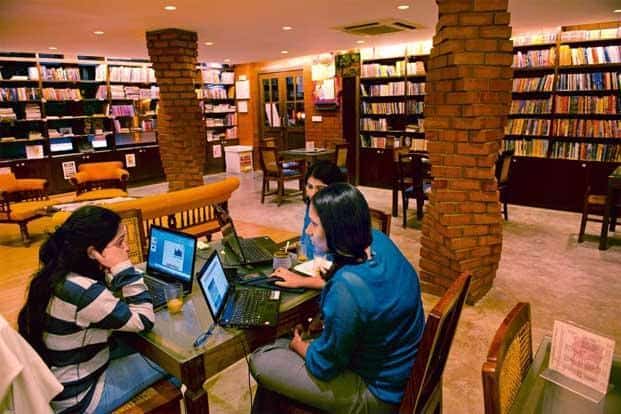 The best among independent book stores foster an atmosphere that attracts book lovers and nurtures them in an environment that is civilized and urbane. Atta Galatta is one such place. The books here are chosen with a point of view—with an emphasis on vernacular and children’s books; independent and literary authors. I walked in one day and discovered naturalist M. Krishnan’s book, Of Birds And Birdsong.

How do you find books that you didn’t know you wanted? How do you find objects that you didn’t know you wanted? Online stores spend crores of rupees trying to solve this problem. They suggest objects based on your last purchases; they suggest books based on the “people who bought this book also bought” hypothesis. But no online retailer can match the serendipity that brick-and-mortar book stores engender.

The word serendipity comes from Serendip, or Sarandip, the Persian name for Sri Lanka; which itself came from Tamil (Cheran-theevu or Cheran-island); or Sanskrit (Sinhala-dvipa, or the island where the lions dwell). Horace Walpole, an English politician, came up with the word serendipity after listening to a Persian fairy tale, The Three Princes Of Serendip, based on Amir Khusro’s poem, Hasht Bihisht. It is a wonderful old-fashioned mystery in which the three princes solve the theft of a missing camel through a variety of clues that they happen upon. These heroes, in other words, were making discoveries, “by accident and sagacity, of things they were not in quest of”, according to the Oxford English dictionary.

As a concept, serendipity, or the notion of finding things that you aren’t looking for, is hugely seductive. Entire movie scripts hinge upon this idea of happenstance; chance; tumbling into love; finding a soulmate. It is as if the universe is conspiring to hand you something that you aren’t looking for; that you didn’t But is there a way you can engineer serendipity? I would even know you wanted. suggest that visiting a particular type of café or book store is one: where you meet people or find objects that will give you pleasure you aren’t searching for.

When I walked into Atta Galatta last week, I was looking for children’s books. It was amid a group of picture books that somebody had piled up on the counter that I found this book on birds. Although I’m interested in nature I rarely go into the naturalist section of any book store. In other words, I wouldn’t have found Krishnan’s marvellous book except for the serendipity of its presence atop a counter full of children’s books. It is this sort of thing that makes a compelling case for the presence and patronage of independent book stores.

When I visited, there were a group of Tamil poets arguing heatedly about the merits of Kalki Krishnamurthy’s books. At the next table were a group of artsy types (going by their attire), discussing a project while looking at slides on a laptop. Coffee and brownies appeared on order. Upstairs, a children’s book was being released. A short while later, a storytelling and poetry reading session commenced. Local poets gathered and spoke about their craft.

In shrinking urban spaces, there are a few locations that bring together intellectuals and ideas on a daily basis. In Bangalore, Koshy’s, the much loved coffee shop, is one such location. Cobalt Blue, a new shared-office space, aspires to be another. Part of the reason you visit these spaces is because you don’t know whom you will meet or what you will encounter. Of course, some of these encounters can be unnerving—the classic one being when you run into your ex at a location that was special to you. In such situations, the only thing to do is to fake amnesia or duck into the bathroom. The worst thing is that in most such locations that foster serendipity, the bathroom is usually “For Staff Only”, and needs to be accessed with a key.

I know someone who carries a bar of chocolate for what she calls “serendipitous encounters which have the potential of going horribly wrong”.` She simply hands a bar of chocolate and ends all conversation with that one gesture. “Fancy seeing you here,” she drawls. “Here, have some Ghirardelli chocolate. It’s their new line. Very artisanal.” And so on.

Shoba Narayan is reading M. Krishnan’s Of Birds And Birdsong, with a big box of Ghirardelli chocolates by her side. She cannot tell which is better. Write to her at the [email protected]