Thank you Newsday for the inclusion

Thank you Newsday for the inclusion 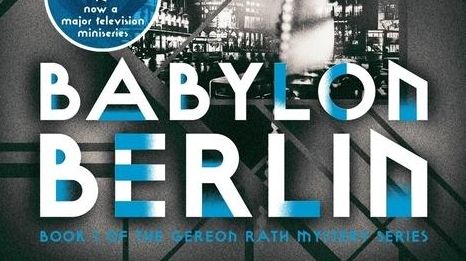 BABYLON BERLIN, by Volker Kutscher. The first book in a German mystery series, translated by Niall Sellar, is the basis for the Netflix series of the same name. The setting is Berlin in 1929 — decadent capital of Weimar Germany — and the protagonist is vice squad detective Gereon Rath, investigating the torture and murder of an unidentified man. (Picador, $17 paper)
THE MILK LADY OF BANGALORE: An Unexpected Adventure, by Shoba Narayan. When the author returns to her native India after many years in the United States, she forms a friendship with Sarala, who grazes her cows — sacred in the Hindu religion — across the street. When Narayan offers to buy Sarala a new heifer, the memoir becomes a meditation on family, friendship, culture and belief. (Algonquin, $24.95)

ALL-AMERICAN MURDER: The Rise and Fall of Aaron Hernandez, the Superstar Whose Life Ended on Murderers’ Row, by James Patterson and Alex Abramovich with Mike Harvkey. How did this college football All-American go from a promising NFL career to a first-degree murder conviction — and suicide? Patterson tells this true-crime story in the page-turning style of a thriller. (Little, Brown; $28)