Unlike BJP, Congress doesn’t hit below the belt: Divya Spandana

Ahead of Karnataka elections, Congress social media head Divya Spandana in an interview spoke of giving the grand old party a new and young voice and BJP a run for its money
Last Published: Fri, May 11 2018. 07 01 PM IST
Shoba Narayan 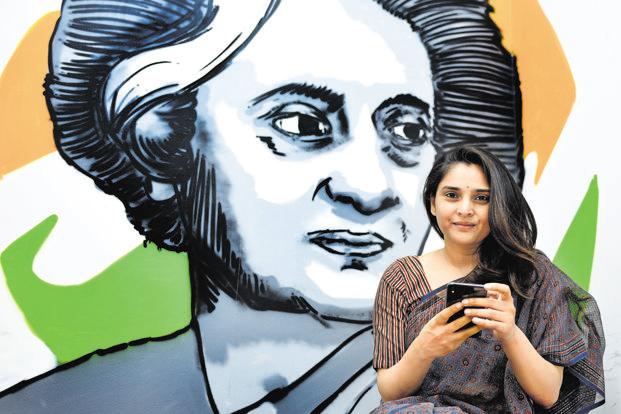 Bengaluru: Handpicked by Rahul Gandhi to lead the Congress’s social media cell in May 2017, actor-turned-politician Divya Spandana, 35, has given the grand old party a new and young voice on social media. Witty and unafraid to speak her mind, Spandana and her band of mostly women are giving the Bharatiya Janata Party (BJP) a run for its money. With three assembly elections due before the year-end, Spandana speaks about a wide range of issues in an interview. Edited excerpts:

This year, Karnataka is the second state after Gujarat where the Congress and the BJP are in a direct contest. What has been the Congress’s social media strategy for the Karnataka elections, particularly since the party is the incumbent?

The Karnataka government has done a lot for the people of the state. Our strategy is to focus on what we have achieved and what else we will be able to achieve. The BJP, whether it be Narendra Modi or Amit Shah, only wants to divide and polarize people based on caste, religion or even Pakistan. They have zero scruples, no ethics and drag us into unnecessary conversations. So we spend time challenging these narratives.

You saw this in UP (Uttar Pradesh) and Gujarat, and you are seeing it in Karnataka. They disseminate fake news, try to deviate and deflect from the issues at hand—it is exhausting. And if you don’t challenge them, they have the platform and the resources to say what they like. It is imperative that we counter these narratives.

Large parts of Karnataka are rural, how are you reaching out to the people?

We are using every platform. Tier II cities love Facebook. The further you go, it is WhatsApp, or SMS or phone calls. We use everything.

Do you think the Congress will win the Karnataka election?

Yes, we should win. If the people of Karnataka decide that they want the best for their state and for themselves, they should vote for the Congress government.

What were the learnings on the social media front from the Gujarat campaign, the Prime Minister’s home ground?

The Gujarat state social media team ran a great campaign—we focused on the fact that the BJP government had failed. Mr Gandhi was able to articulate the frustration of the people, his ideas and solutions resonated with the voters. All this gave the country the results that it did. We gave them a good fight. In Gujarat, the BJP did the same thing (polarization). Modi stooped so low as to drag Mr Manmohan Singh’s name into it and later, Arun Jaitley had to apologize. They dragged in Pakistan with Congress leader Ahmed Patel and tried to polarize voters. Besides that, there is nothing that they can talk about. So, all of us from the state and the centre had to work in tandem to counter these false messages. And we are doing the same with Karnataka.

The BJP has a robust social media presence. What are the challenges ahead of you?

They have the money. We have the people. Today, for targeted messaging, or Google ads, or YouTube ads, you need money. We cannot match their money. To combat that, you need people to share your content. The BJP can pay Facebook and their content will show up on your profile. My (the Congress’s) content shows up on your profile because someone who it resonates with shares it. So we combat their lies, fake news and incompetence through our people. We have to create really good stuff that will go viral. We use humour and wit. In the country today, we have young voters who are disengaged and disillusioned. We have to bring them back. We have to communicate in their language on matters relevant to them. We use simple language and some humour. We don’t hit below the belt, we criticize the BJP for their incompetence. The BJP drags the Gandhi family, the Nehru family and Mr Gandhi. They hit below the belt and call them names. We don’t do that.

In the next six months, the BJP and Congress are in a direct contest in Madhya Pradesh, Chhattisgarh and Rajasthan—will all the three states have different social media strategies? What will be the focus?

I can’t speak on that because it is a work in progress. Each state is different but the strategy is broadly the same. We will speak to the voters about the failures of the current government and highlight what we can offer if they vote for us.

From Facebook and Twitter, Indian elections are quietly moving to WhatsApp. What are the challenges of dealing with political campaigns and fake news on WhatsApp and other social media?

It is really pathetic, isn’t it, because there are no rules and there is rampant misuse. Modi’s emails and messages come to all of us and we didn’t sign up for those messages. Which means there is massive data leakage, misuse and intrusion. There is no data protection or privacy law. The BJP has access to pretty much every citizen of this country. The opposition can send fake WhatsApp messages using your details and so forth. I can counter it but my counterarguments won’t go through the same dissemination. And people who read these WhatsApp messages believe that it is true because they don’t have faith in the news media. Look at what the media is writing. People don’t have time to consume the news mainstream. So they turn to social media and believe it is the truth. Fake news is a huge challenge. Fake news travels faster. But we will continue to speak and share the truth.

From being a film star to a politician, how has the journey been?

There has never been a dull moment. The thing with being a film star is that people imagine you to be like your on-screen persona and that reflects in their admiration for you. Politics is about who you are. Neither was easy but I’ve enjoyed both roles. Here, I have Mr Gandhi’s unconditional support. He had more faith in me than I had in myself when I took on this role.

There was a lot of talk when it happened. The BJP said—she is a woman, she is an actress, what does she know about social media, etc. And within our party, people said, are you sure she is the right person? So I took it on as a challenge. I owed it to him. And now, he has the second largest following among politicians and is the most followed leader in the Congress party. And we are giving the BJP a big fight.

Is it true that your social media team has more women than men? Was it a conscious decision and why?

Yes. And yes. It was a conscious decision. Women bring in a better perspective. Men are hardworking, but women work harder because they have more to prove. They go the extra mile. There is a gender imbalance in politics in general and social media in particular. Women use social media less because of all the trolling. The Congress social media team has made a huge difference to the party and the campaign. I would say that it is in large part because of the women in the team.

How can women combat trolls? What is your strategy?

Since you have taken over, the @OfficeofRG account has changed to @RahulGandhi, giving it a more personal touch. How did that change happen? How did you convince him?

So the story goes, one day, when we were travelling in Singapore, I asked him, “So when are we going to change your handle?” And he said, “Next Saturday”. And that was that. (laughs).

What are the issues that you are passionate about?

I am passionate about higher women’s representation across the spectrum and Mr Gandhi is a huge proponent of that.

I am connected to my phone 24/7. I’m basically having a relationship with my phone (she laughs).

When I get time, I spend it with my dogs or I try and catch up on some sleep.