Vanity Phone numbers and what they say about you

Vanity Phone numbers and what they say about you

When ‘vanity’ is a phone number

What should you do when you can pick the digits of your phone number? Ask the astrologer of course! 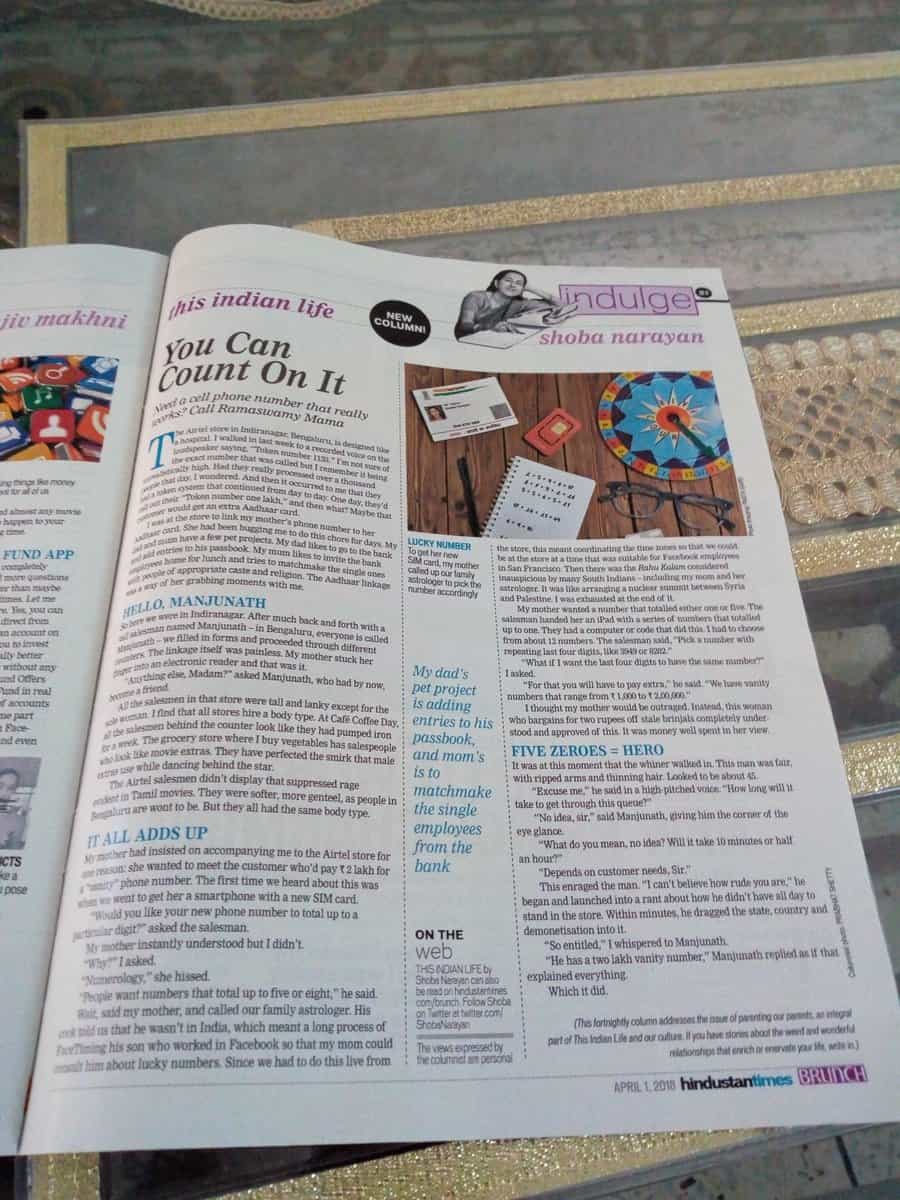 The Airtel store in Indiranagar, Bengaluru, is designed like a hospital. I walked in last week to a recorded voice on the loudspeaker saying, “Token number 1133.” I’m not sure of the exact number that was called but I remember it being unrealistically high. Had they really processed over a thousand people that day, I wondered. And then it occurred to me that they had a token system that continued from day to day. One day, they’d call out their “Token number one lakh,” and then what? Maybe that customer would get an extra Aadhaar card.

My dad’s pet project is adding entries to his passbook, and mom’s is to matchmake the single employees from the bank

I was at the store to link my mother’s phone number to her Aadhaar card. She had been bugging me to do this chore for days. My dad and mum have a few pet projects. My dad likes to go to the bank and add entries to his passbook. My mum likes to invite the bank employees home for lunch and tries to matchmake the single ones with people of appropriate caste and religion. The Aadhaar linkage was a way of her grabbing moments with me. 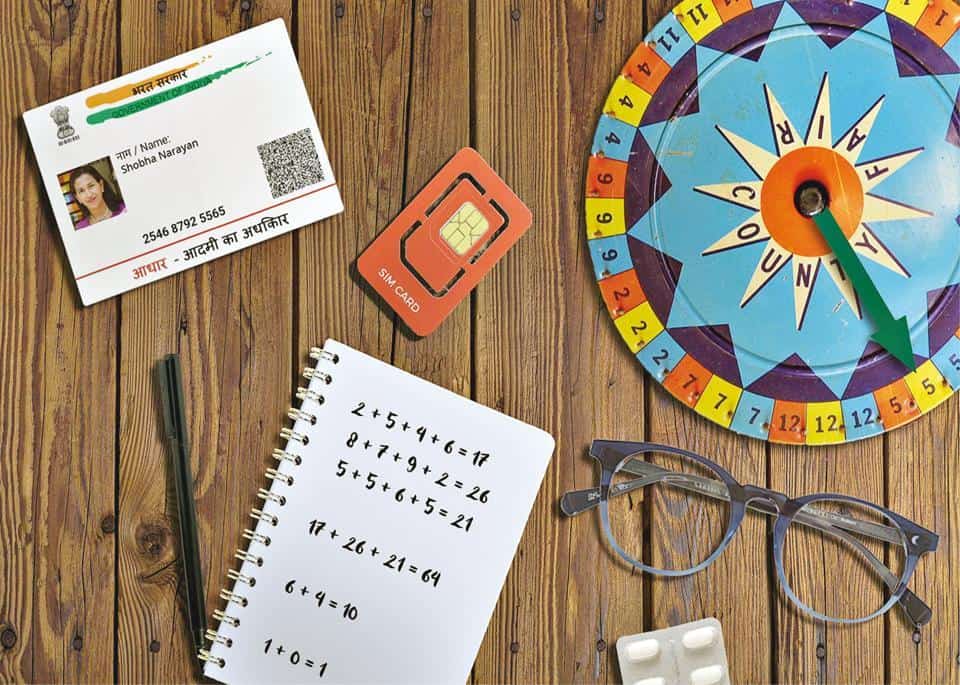 So here we were in Indiranagar. After much back and forth with a tall salesman named Manjunath – in Bengaluru, everyone is called Manjunath – we filled in forms and proceeded through different counters. The linkage itself was painless. My mother stuck her finger into an electronic reader and that was it.

“Anything else, Madam?” asked Manjunath, who had by now, become a friend.

All the salesmen in that store were tall and lanky except for the sole woman. I find that all stores hire a body type. At Café Coffee Day, all the salesmen behind the counter look like they had pumped iron for a week. The grocery store where I buy vegetables has salespeople who look like movie extras. They have perfected the smirk that male extras use while dancing behind the star.

The Airtel salesmen didn’t display that suppressed rage evident in Tamil movies. They were softer, more genteel, as people in Bengaluru are wont to be. But they all had the same body type.

It all adds up

My mother had insisted on accompanying me to the Airtel store for one reason: she wanted to meet the customer who’d pay Rs 2 lakh for a “vanity” phone number. The first time we heard about this was when we went to get her a smartphone with a new SIM card.

“Would you like your new phone number to total up to a particular digit?” asked the salesman.

My mother instantly understood but I didn’t. “Why?” I asked.

“People want numbers that total up to five or eight,” he said.

Wait, said my mother, and called our family astrologer. His cook told us that he wasn’t in India, which meant a long process of FaceTiming his son who worked in Facebook so that my mom could consult him about lucky numbers. Since we had to do this live from the store, this meant coordinating the time zones so that we could be at the store at a time that was suitable for Facebook employees in San Francisco. Then there was the Rahu Kalam considered inauspicious by many South Indians – including my mom and her astrologer. It was like arranging a nuclear summit between Syria and Palestine. I was exhausted at the end of it.

My mother wanted a number that totalled either one or five. The salesman handed her an iPad with a series of numbers that totalled up to one. They had a computer or code that did this. I had to choose from about 12 numbers. The salesman said, “Pick a number with repeating last four digits, like 3949 or 8282.”

“What if I want the last four digits to have the same number?” I asked.

I thought my mother would be outraged. Instead, this woman who bargains for two rupees off stale brinjals completely understood and approved of this. It was money well spent in her view.

It was at this moment that the whiner walked in. This man was fair, with ripped arms and thinning hair. Looked to be about 45.

“Excuse me,” he said in a high-pitched voice. “How long will it take to get through this queue?”

“No idea, sir,” said Manjunath, giving him the corner of the eye glance.

This enraged the man. “I can’t believe how rude you are,” he began and launched into a rant about how he didn’t have all day to stand in the store. Within minutes, he dragged the state, country and demonetisation into it.

“So entitled,” I whispered to Manjunath.

“He has a two lakh vanity number,” Manjunath replied as if that explained everything.