Would you wear a garment without a blouse? for Mint Lounge

Would you wear a garment without a blouse? for Mint Lounge

This piece was a reaction to seeing a room full of amazing black and white photos by Sunil Janah of women who were topless. Like the below photo of a Hill Maria Woman from Bastar.  Courtesy of the Swaraj Art Archive, as are all the images here.

Scurrilous as it sounds, it was the breasts that stupefied me—and I might as well warn you now—this is a word you are going to read a lot in this column—and if it makes you uncomfortable—well, that’s the point. I had entered Tasveer art gallery in Bengaluru to cultivate the sagacity that comes with viewing art—or so we hope. Instead, my thoughts were salacious.

Sunil Janah: Vintage Photographs, 1940-1960, contains a selection of black and white photos of tribal women. Janah’s images are well known and venerated by the cognoscenti. Knowing little about him beforehand except that he was Bengali and that the images in the exhibit were from the Swaraj Art Archive, I entered Tasveer tabula rasa, which arguably is the best state of mind from which to view art.

Janah’s photos are disorientingly intimate—as great photos are. He captured tribal women and courtesans in their natural milieus. The photos look as if these women were going about their daily rituals—pounding rice, picking fruit, dancing, gossiping and laughing. They glance casually at the camera; and boom—Janah just happens to be there to click the picture and capture the moment for posterity. Yet, great art doesn’t happen by happenstance. A casual pause or pose does not a great photo make. Great photographs offer a sense of being a voyeur. They give us the feeling of having been at the scene. So how did he do it?

Many of the tribal women have towels wrapped around their waist. That’s the extent of their clothes. Didn’t these women find Janah and his camera intrusive? Were they self-conscious? How did he get them to agree to pose? How did they allow him to capture them half naked; bare breasted? 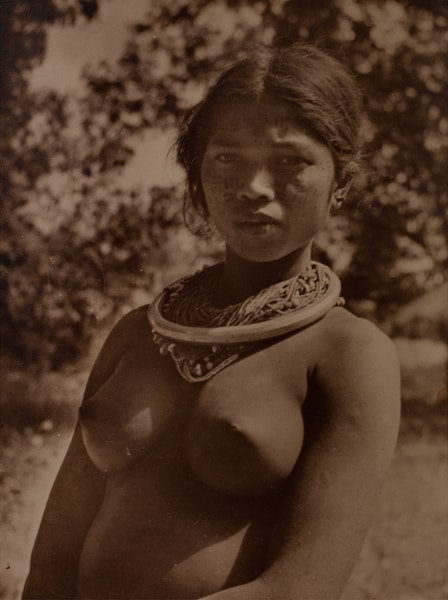 One image riveted me. She was a tribal woman from Bihar, staring at the camera, her head cocked to one side, her torso bare and beautifully shaped. She just stood there, staring at the camera. Fearless. Free. With just a towel wrapped around her waist. Stuck in hot Bengaluru, clad in a stifling full-sleeved salwar-kameez, I felt pangs of envy. You know what the weirdest thing was? This woman; this beautiful woman clad in a simple loin cloth was wearing multiple necklaces around her neck. It was as if the breasts that she revealed, the body-part that is the fetish and focus of our time, was just a functional organ to her, no different from a heel or elbow. She needed jewellery beyond that—to decorate and ornament. Her clothes were appropriate for the place and climate. Today, we just ape the West. 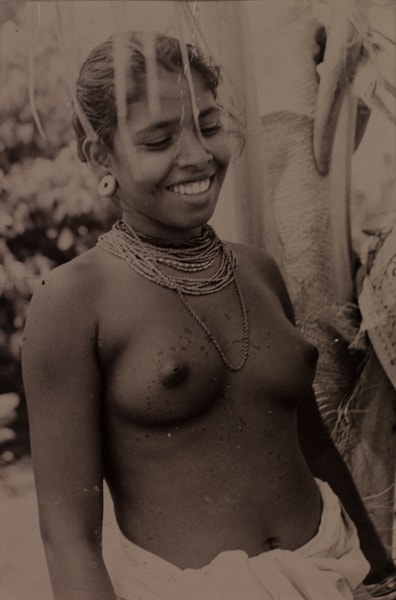 Art inspires. It makes your thoughts fly unbidden to corners of your head and heart, provoking surprising and occasionally shocking thoughts.You know what I thought when I saw Sunil Janah’s photos? I thought of Sundari-paati. She was my neighbour’s grandmother (Dadi). A widow. She went around Madras (now Chennai) in the 1980s—not that long ago—clad in a soft beige nine-yard sari, worn without the constraints of a blouse or the added layer of an underskirt. Her attire made eminent sense in humid Chennai, just as the tribal women’s attire made sense in India. Malayali women used to go topless in scorching Kerala until the 1900s. What happened? When did we become so prudish and don clothes that are inappropriate for our climate? When did a certain female body part go from being a functional organ to an object of prurient fantasy? They wore jewellery, you see; beyond the bare breasts; those tribal women. They didn’t think that going topless was enough to stop traffic. They needed the lipstick in the form of necklaces. And this wasn’t so long ago. 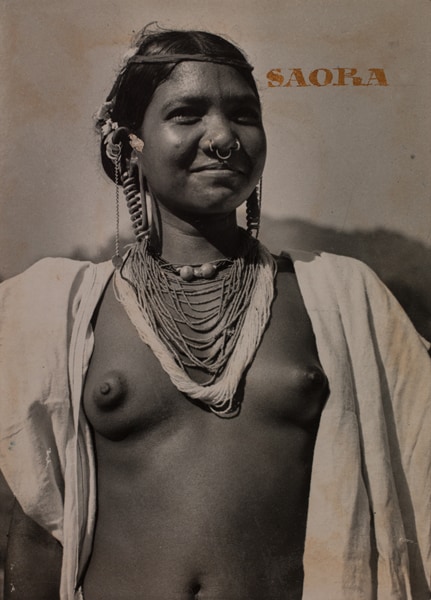 Two Bengaluru women, Ally Mathan and Anju Maudgal Kadam, have started a Facebook project called the #100sareepact. They plan to wear the saris they own 100 times at least in 2015, and tell stories about it. It is rather wonderful; just as Tasveer’s photo exhibits and lectures are. But the six-yard sari that we wear today is less than 150 years old. Before that women in India wore nine yards of unstitched cloth without the British-imposed petticoat and blouse. It made sense for our weather. We had glorious regional variations. Anyone who loves Indian textiles should look at Janah’s photos. They should listen to literary critic Ganesh Devy’s lectures on the colonial mindset. I love the #100sareepact because it encourage PLUs (People Like Us) to wear saris. I wonder though, will the pendulum swing back far enough for women to give up on blouses entirely, like the women in Janah’s photos, or during my grandmother’s time. It is not logical for us to be wearing thick jeans and tailored layered long-sleeved clothes. The women in his photographs were more scantily clad than Zeenat Aman in Satyam Shivam Sundaram. But they exude authenticity and a spirit of the land. There lies the hope and tragedy. 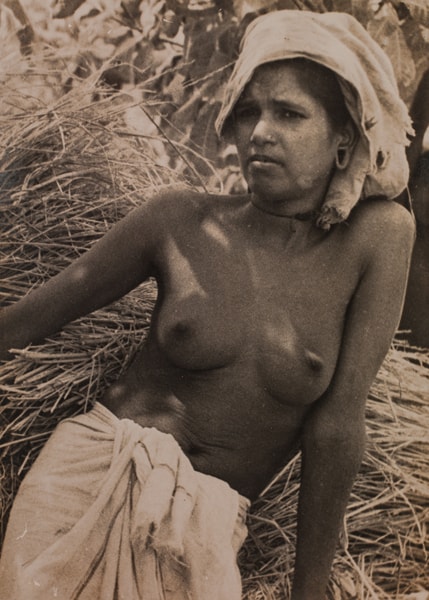 Shoba Narayan wears nine-yard saris sans petticoat within her home. Not always but on special occasions. Write to her at [email protected]