From thin to fat

From thin to fat

Both my brother and I were painfully thin while growing up, which in Chennai was a bad thing. My Mom gave us strange concoctions to fatten us up– raw eggs with milk was the worst– to no effect.

Now I am finally confronting my slowing metabolism with wonder (I’ve gained weight!) and shock. And finally, I am exercising.

I’m going to keep up my fitness regime, even if it kills me
Shoba Narayan 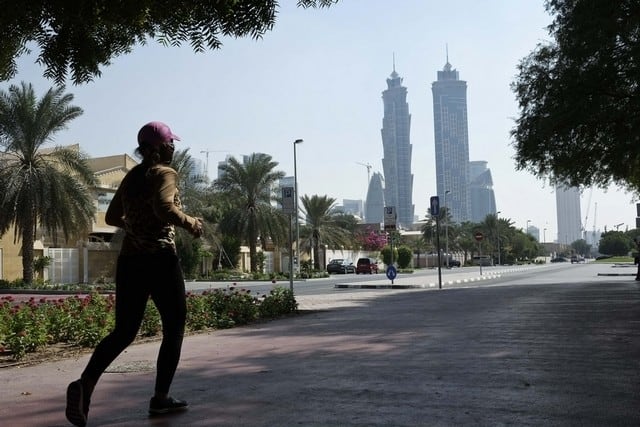 The women in my kick-boxing class generate a lot of oestrogen. Or is it testosterone that is created when women kick, punch and scream their way to fitness nirvana?
Keeping up with these women takes my breath away – literally. I wheeze and cough as I perform high kicks and low punches. The woman in front of me glances back, as if low fitness levels were contagious. She is wearing a pink leotard, and she goes through the class like a fireball, never letting up, never giving less than 100 per cent.
She is small, packed tightly, treads lithely and punches like Muhammad Ali. Just the fact that I belong to the same species as her makes me proud, even giddy. But maybe that’s just the exercise.
I wonder about her, this pink leotard lady. Perhaps she has a job in marketing and is forced to be nice to clients all day. Perhaps that’s why she punches so fiercely.
She smiles at me sometimes. I don’t smile back. If I do, she’ll become my friend. Then she’ll start giving me advice about how to become fit; and from there it is a short road to “stop eating potatoes”, which I absolutely refuse to do. In fact, I am eating a chip right now, just to prove my point.
For people who, like me, lack discipline, fitness classes are a great motivator. They turn fitness into a group activity rather than a Herculean lone task. Of late, I’ve signed up for them all: zumba, kick-boxing, pilates, circuit training, cross- fit, yoga, you name it. Whether I go to them all is another matter.
When I do go, which is infrequently, I get daunted by the level at which my cohorts are performing. Whoever thinks that India is a country full of unfit, diabetes-prone, cholesterol-laden citizens perpetually on the verge of cardiac arrests ought to go to cross-fit classes.
Fitness is a mild obsession of mine, not because I am fit or I am working towards getting fit in any serious manner but because I am trying to game the system and my body to see if I can optimise fitness and lose the greatest number of kilograms with the least possible effort.
Every device that maximises benefit without extra effort, I will buy. I suck my stomach in during a car ride until I almost asphyxiate. In yoga, it is called uddiyana bandha, and we are supposed to do it during ashtanga yoga exercise. I do it while standing in queues.
Kick-boxing is a recent addition to my fitness cocktail, mostly because it calms me down.
The five women who stand in the front row are the leaders of our kick-boxing class. They stare murderously at their reflections in the mirror as they kick, punch, snarl, side swipe, squat and punch again.
A few rounds of this and my eyes glaze. I wobble like a snake that has just been banged on the head by a snake charmer. They glance at me; their eyes even look concerned. But they don’t stop kicking.
This, then, is what it has come down to. A person could have a cardiac arrest and keel over, right there in the fitness studio, and all those extreme-fitness mavens would just keep on punching.

At work, women don’t need to play by the same rules as men: for The National Abu Dhabi Gallery

At work, women don’t need to play by the same rules as men: for The National Abu Dhabi

An all-women’s college changed my life: for The National Abu Dhabi Gallery

An all-women’s college changed my life: for The National Abu Dhabi