Book By Its Cover- Food and Faith 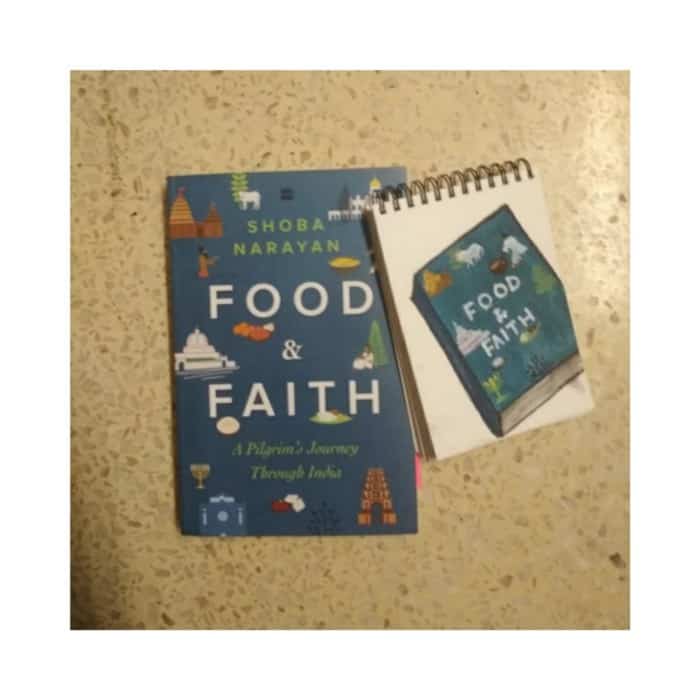 Having been an ardent reader of her columns, I knew exactly I had to expect from this book. Halfway through the book, I knew my expectations were misplaced.In a way the book and the anecdotes EXCEEDED MY EXPECTATIONS.

The author describes her rendezvous with 15 iconic places of worship and tries to understand the nexus between faith and life. She has written this with an open mind. Although seemingly she does not subscribe to certain ideas but she keeps her mind open to learning. She tries her best to find out what people believe in something the way they do. She dissects the believe system and injects rationale which makes a lot of sense. She connects the ways of worship and the cuisine of every place she visits.

She weaves her stories with the interesting tales of culture, beliefs and Cuisine. She outlines the prevalent system of praying and dining and explains how both are correlated. For example she explains the systems and rules prevalent in Puri. The outsiders aren’t allowed inside the kitchen which is explained by the beautiful concept of ’Thought stamps” , which essentially explains how the food is impacted by the thoughts of people nearby. Moreover she covers some interesting areas of faith as well. My favourite chapter is about Rosh Hashanah with the Bene Israelis. I was astounded to learn about Jewish faith and their cuisine customs. Probably the longest chapter but meticulously covers and balances facts and beliefs. She explains the struggles of the Jews over years. I learnt how deeply profound it is that the Jews have strived hard to save their culture and practices while surviving in exile. I learnt how a lot of jewish holidays revolves around the story of struggle and triumph of Jews against their enemies and the importance of ko. In another chapter she brings out the essence of the community kitchen of Amritsar. My quest to understand the South Indian Culture was thoroughly catered to by chapters on Madurai Udupi and Kerala where I understood who their cuisine is a reflection of their beliefs and practices. For example, I learnt about the concept of. “Chatur Masya Vratha” or a 4 month austerities. This is essentially a practice where the early inhabitants of Udupi abstain from certain foods for a period of 4 months. This is very much relevant to present times where leading Nutritionists advice to eat seasonal food to align our bodies with the nature.

If I were to summarise, this book highlights how cuisines and dining evolved alongside Faith, Culture and identity . The narration was engaging which keeps the reader eager to look forward to the next chapter. The flow of chapters have been so consistent that the readers knows what exactly to expect from the chapters. Whether you are religious or not, this book is your bucket list of exploration of India.