Bangalore Talkies: Taking stock at the end of the year

“Count your blessings,” Sister Mary would say when I was in high school. I think of her, this stern nun, usually around Christmas. I attempt to do as she ordered. Today’s gratitude journals nudge us to do the same thing. Frankly, I find it exhausting to narrow down on things everyday that you are thankful for. Taking stock once a year is more doable. So here are the things that I am grateful for, about living in Bengaluru.

1. The flowering trees of Bengaluru that bloom season after season in a choreographed sequence, thanks to a German horticulturist Gustav Krumbiegel. The extravagant blooms include pink bauhinias, yellow tabebuias, white millingtonias, red gulmohar, purple jacaranda, yellow cassias, red spathodea, and the fragrant yellow champaka, from which Malleshwaram’s Sampige street derives its name.

2. The fact that Kannada literature has the second-highest number of Jnanpith awardees – next only to Hindi and above languages such as Bengali or Tamil. They include Girish Karnad, UR Anantha Murthy, Chandrasekhara Kambara and a few of the older greats that I refer to below.

3. Kuvempu– read his book, “The House of Kannooru” to get a flavour of the Malenadu that all native Karnataka folks dream about and hanker after.

4. DR Bendre, the beloved feisty poet who channelled the soil of Dharwad into his works often said that Kannada language manifested itself through his poems. Read his “Kaamakasthoori” or the Musk of Love to understand the beauty of this language. I cannot read Kannada but I listened to his poems in a website called, “darabendreinenglish.”

5. To understand the genius polymath Shivarama Karanth, you should read his staggeringly prodigious works of fiction, biography, plays, and children’s books. Another choice is to read “Growing up Karanth,” written by his children to get an intimate portrayal of the man and his ethos.

6. Unlike Chennai which is the seat of Carnatic music or Varanasi which is one of the foremost “gharanas” of Hindusani music, Karnataka is home to both Carnatic and Hindustani music. It is truly at the cultural crossroads of India. Here, both of India’s classical music traditions thrive. All of India’s great dance forms including Odissi, Kathak and Bharatanatyam blossom in this gracious city.

7. The state’s tourism slogan: “One state, many worlds,” does not really do justice to the flora and fauna, festivals and foods that make up Karnataka. With languid rivers such as the Souparnika, Kaveri, and Nethravathi; with ancient mountain ranges that include the Sahyadris and large wildlife reserves such as Nagarhole, Dandeli and Sharavathi, we humans can engage with a staggeringly array of wildlife in Karnataka, ranging from sloth bears to civet cats, not to mention the big charismatic mammals such as tigers and elephants.

8. Karnataka’s food too is distinct and varied. It does not do fusion — or dilution — but instead holds its own proudly. Think of the ragi mudde for example. These ragi balls need to be dunked in a soppu saaru, a dal/sambhar like gravy and basically swallowed for a low-carb, slow-release nutrition-rich food. Think of the variety of brinjals that make up a killer combination in Uttara Karnataka. Stuffed with spices and paired with jowar or jolada-rotis, these are to die for.
9. Udupi is the well-spring of the beloved dosas and idlis that are now famous all over India. Go to Nagarathpete or Avenue Road in Bengaluru for small eateries that serve excellent dosas. Go to MTR for rava idlis, CTR for benne (butter) dosas, and Brahmins Coffee for well, filter coffee.
10. Go to Thindi Bheedhi or Tiffin Street to taste “only in Bengaluru” delicacies like Congress buns and a variety of fried beans like avarekai (hyacinth beans) or kadlekai (peanuts), both of which are celebrated in Bengaluru with “parishes” or melas or gatherings.
11. I grew up in Chennai and we had the beaches, which inland Bengaluru does not have. But what it has are parks that act as lungs for the city. Every Sunday, there is a birding and nature walk that is held at Lalbagh and one of the many lakes or keres in Bengaluru. You will find the details at bngbirds.com. Cubbon Park has a devoted group of runners. Laughter clubs abound. Laugh, walk, run or spot birds through binoculars. Whatever your vibe, there is a park for you in Bengaluru.
12. Vastrabharana happens just before the holiday season in early October. It is a time when all the textile-crazy folks of Bengaluru make their way to Chitra Kala Parishad (CKP) to buy a year’s worth of sarees, stoles and all things textiles. Sisters Mala and Sonia Dhawan broaden the ambit by including all things handmade in their A Hundred Hands exhibitions that take place every year.

13. MAP or the Museum of Art and Photography is a compact museum that boasts of a fantastic online presence with classes and an encyclopedia of art. The Venkatappa Art Gallery across the street has exhibits that go back centuries. Namu Kini and her gallery Kynkyny champion seasoned and new artists. Gallery G is a great central space that puts together interesting talks and exhibits as does gallery Sumukha.

14. The best place for live talks has become the Bangalore International Centre. If you are flying into town for a day, just pop in for a taste of what the intellectuals of Bengaluru are thinking about.

15. If fun and dance is your scene, then go dancing or drinking at one of the many craft breweries that have come up all over Bengaluru. Everyone has their favourites. Mine happens to be down the road from me– the 7Rivers Brewing Company at the Taj MG Road.

16. Farmlore is arguably South India’s best independent restaurant. Drinking and dining clubs love it. There are two wine clubs in Bengaluru– the Bangalore Wine Club (BWC) and The Wine Connoisseurs (TWC). One of India’s oldest vineyards, Grovers, makes it home outside Bengaluru, as do two of India’s best malts– Amrut and Paul John.

17. The Kannada film industry is alive and thriving with films like KGF and Kantara. The industry is somewhat misogynistic, portraying women in obviously degrading ways but in this regard, it is no different from the movies from other Southern movie states.

18. Live theatre holds its own in Bengaluru, thanks to large spaces like Ranga Shankara and Jagriti or small neighbourhood places. Malleshwaram’s Seva Sadan hosts music and dance performances as does Basavanagudi’s Gayana Samaja. The Gokhale Institute has talks in Sanskrit and here too, Bengaluru has a coterie of folks who learn and teach this ancient language.

19. Techies abound and because of them cutting-edge trends including NFTs, crypto and gaming make their way to Bengaluru sooner than other cities. The same applies to manga, comics, or for that matter, slam-poetry and stand-up comedy.
20. Beloved bookstores like Blossom, Gangarams, and Atta Galatta are not relics but are live, lively, much-frequented spaces in Bengaluru.
21. The weather. Bengaluru has the best weather in Asia. Gentle, temperate and lightly cool, it is a great place to live.
What are your Bengaluru blessings? Merry Christmas and Happy New Year. 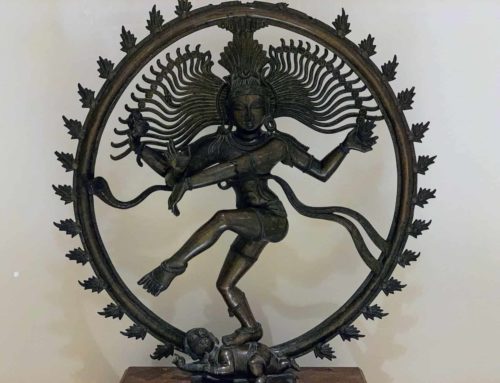