LOUNGE
FIRST PUBLISHED: SAT, MAR 22 2014. 12 08 AM ISTHOME» LEISURE» THE GOOD LIFE
Carnatic music: what’s the way ahead?
Can dramatic changes of the sort that happened in Western classical music in the 18th century happen in today’s Indian music? 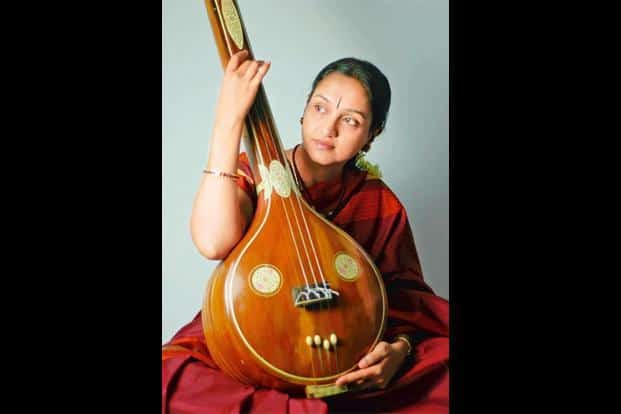 The thing that stands out is the timeline. Across cultures, the timelines of innovation occurred during periods and places that nurtured ferment and creativity. Paris during the impressionist movement was one; 18th century Thanjavur, Vienna and Florence were other regions; Chennai and Varanasi in the 1920s were others. Are we living at such a time? Can dramatic changes of the sort that happened in Western classical music in the 18th century happen in today’s Indian music?

Western classical music traces its roots to Egyptian and Greek music. The medieval period lasted the longest, from about 500-1400. This was also the time when Indian music was being formalized. The Sangita Ratnakara, a musical text that influenced both Hindustani and Carnatic music, was written by Sarangadeva in the 13th century. The Islamic influence that caused Hindustani music to diverge from Carnatic music was just about to happen.

Western music’s Baroque period began in the 15th century when the plainchant that was the norm started becoming more complex. This was around the time when Purandara Dasa codified the way in which Carnatic music would be taught—and it has held forth ever since. This was the time when the influence of Amir Khusrau, Tansen, and Persian music was felt in Hindustani music; and just before the gharanas were established.

The golden age of music, both in India and the West, was from 1730-1820. This was when the West’s “classical” period occurred, resulting in the composers and symphonies of the kind that we know today: Mozart, Beethoven, Haydn, Schubert, Mendelssohn and others. It was the time when composers took the complex and layered Baroque polyphonies (two melodies played simultaneously) and made these into simpler homophonies (one melody with accompanying chords). In fact, the evolution of Western classical music has been a move from complex to simple; from sacred to secular. Should Indian music emulate this?

Vrinda Acharya is one of Bangalore’s talented young musicians. She grew up in Basavanagudi and lives with her in-laws in Malleswaram—the two localities that were combined by R.K. Narayan to create his fictional Malgudi. Acharya has a master’s degree in Sanskrit and has written numerous papers for conferences—about composers, techniques and musicology. “Should Carnatic Music Be Irreligious?” is one. Married to a mridangam player, she is part of a close-knit community of musicians who make their life and living through music. When I visited her, she had just returned from performing on the banks of the Cauvery in Mysore. Over cornflakes mixture, we discussed the future of Carnatic music.
We mostly disagreed. I believe that classical Indian music, be it Hindustani or Carnatic, is in need of an overhaul; a rethink; a reinvention. Acharya believes that change ought to be organic, gradual and evolutionary. I say innovation; she says evolution. In her mind, the flaw in the

Indian system was one of presentation, not evolution. “We need to figure out a way to project our music to a global audience,” she said. It has to do with branding, she said, not innovation.
But, but, but…. I interrupted. Carnatic music has stagnated since the 18th century. What was composed and sung by Purandara Dasa in the 15th century is still sung today, in pretty much its original form. There have been no great composers since the 17th century. The songs composed by the divine trinity of Dikshitar, Shyama Shastri and Thyagaraja are still being sung today. You could call this the strength of Indian tradition. You could also call it a lack of musical imagination.

Acharya emailed me the following day to offer proof. Warning: These are details that will not interest those that are not musically inclined.
“Namaste Shoba. I totally disagree with your points that Carnatic music is stagnant. To give you an example of musical concepts developed post the Trinity:
* Many new ragas like pashupathipriya, karnaranjani, kadanakuthuhalam, valachi, sumaneesha ranjini were invented.
* Many Hindustani ragas like desh, maduvanthi, jog, pahadi, behag were very ably adopted to our music.
* Many technical concepts and experiments in rendition of ragam tanam pallavi have developed.
* Concepts like doing grihabhedam in ragalapana, dwimadhyama ragas, mukhi talams, swarantara ragas have developed.
“I would say the period of the Trinity is the golden age for our music as far as compositional forms and musical concepts are concerned. When it comes to performing aspect of Carnatic music, the golden age is undoubtedly the 1900s when so many great music maestros lived at the same time. Rather than talking about stagnant music, we should figure out how to reach out to a global audience.”

Which brings me back to the musical innovators of the day. Some musicians are now adopting a mix-and-match approach. “What some musicians are doing is like moving bricks in a wall. Instead of placing a brick at the top, they move it to the middle. The structure remains the same,” says Acharya.

It is like eating curd rice in the beginning just because you always eat it at the end. There is no logic for the change except rebellion, which—my words—is what T.M. Krishna is doing. But let me say this: I have gone from knee-jerk negativity towards his attempts to reluctant admiration.

In fact, I think he is on the right track and he is also a musical genius. All of which will provide ample preamble for what I am going to write next week about his methods.

Shoba Narayan is reading R.K. Narayan’s Malgudi Days, and Kumar Prasad Mukherji’s The Lost World of Hindustani Music. This is the third in a weekly, four-part series on the evolution of Carnatic music.