Food as a gateway to heaven

Food as a gateway to heaven 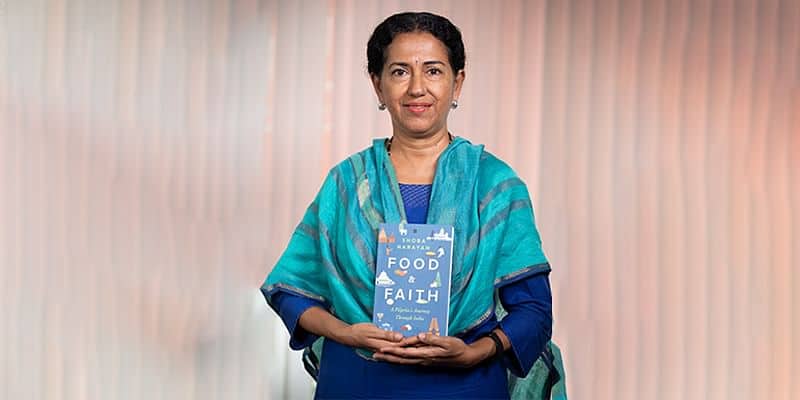 ‘Food and Faith, a pilgrim’s journey through India,’ as its author Shoba Narayan says, is “largely about Hinduism written by a (skeptical) Hindu who seeks to answer larger questions about faith”. And she finds food to be the least contentious medium to discuss the role of religion in one’s life today.

Being an atheist as a teenager and agnostic as a young adult, Shoba says she turned to religion late in life. “I realised as I am getting older I must make peace with my faith. In India now, faith and religion have become contentious words, so approaching it with food is the simplest, most innocent, and the least political way of doing it,” she says in a conversation with YourStory Weekender.

An award-winning author of five books, Shoba is also a columnist writing about food, travel, fashion, art, and culture. Her last book The Milk Lady of Bangalore: An unexpected adventure was published in 2018.

Shoba says by the time she finished travelling to the temples, shrines, and churches for the book and writing about it, she realised never to “underestimate the power of rituals to influence one’s life and mental health too”. She says,

“If you want to see the culture of India in a tangible way, it is through its temples, shrines, and churches. They are a great way to access our music, our aesthetics, and our food.”

In the book, she focuses on the prasadam (sacred food offerings) of each place of worship that she visited. She says using food as an anchor seemed like a “good way to parse the temples each with specific creation-myths, rituals, and recipes”.

Shoba gave a pass to what she calls “rockstar temples” like Tirumala Tirupati Devasthanams considering everyone knows about its famous laddu prasadams. This decision helped her focus on lesser-known temples, and she was rewarded with interesting stories and recipes. For example, she bypassed Meenakshi Temple in Madurai, an equally “rockstar temple”, even though she wanted to include more goddesses, for a lesser-known neighbouring temple because of its interesting prasadam.

“My favourite prasadam in the book is from Azhagar Kovil in Madurai because it is a savory prasadam. Most prasadams are sweet and a lot of them are payasam and milk-based,” she says. At the Azhagar Kovil temple, they offer deep-fried dosa as a sacred food offering.

“We can sit here and be rational and skeptical about faith, but when you go to the places of worship, the temple is an anchor to many people, especially the old and women, mostly widows. It is a place that gives them a sense of community, some measure of happiness, gives them a sense of purpose in life,” she says. Shoba found women and men chopping vegetables, grating coconuts, laughing, and talking. “That was beautiful for me to see,” she says.

“Some of the other faiths that make up India ‘called’ me through a series of fortunate incidents that resulted in chapters of this book,” she writes, referring to the saying among Hindu pilgrims that one can only visit a temple when the god “calls”.

How did a modern, secular, rational, and feminist get over the inherent patriarchal and petty hypocrisies often associated with religion? 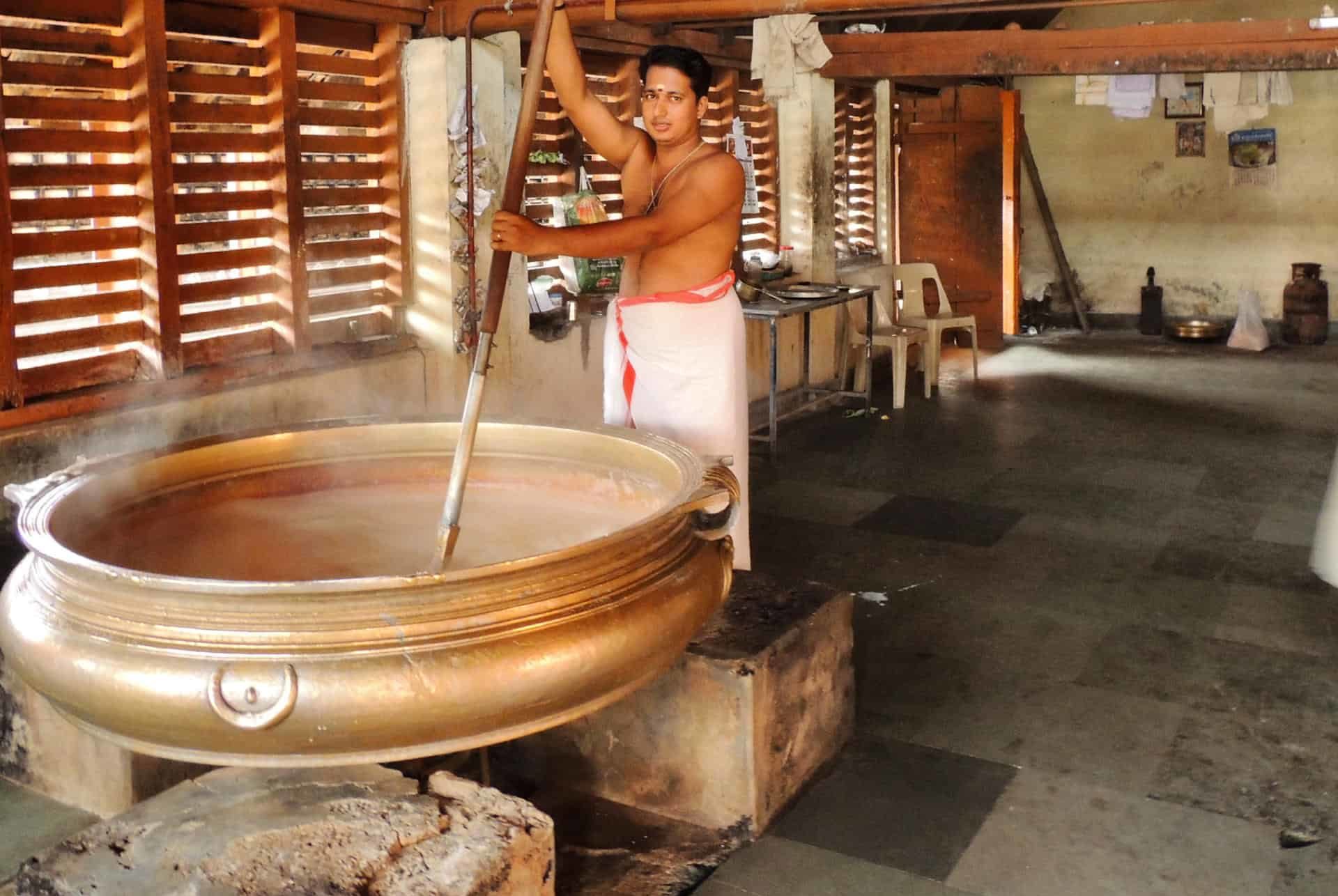 “I think I got over it by valuing tradition,” she says. ”I had to come to terms with my religion, and indeed, all religions. Instead of avoiding and disdaining faith, I had to find a way to include it in my life,” she writes in the book. 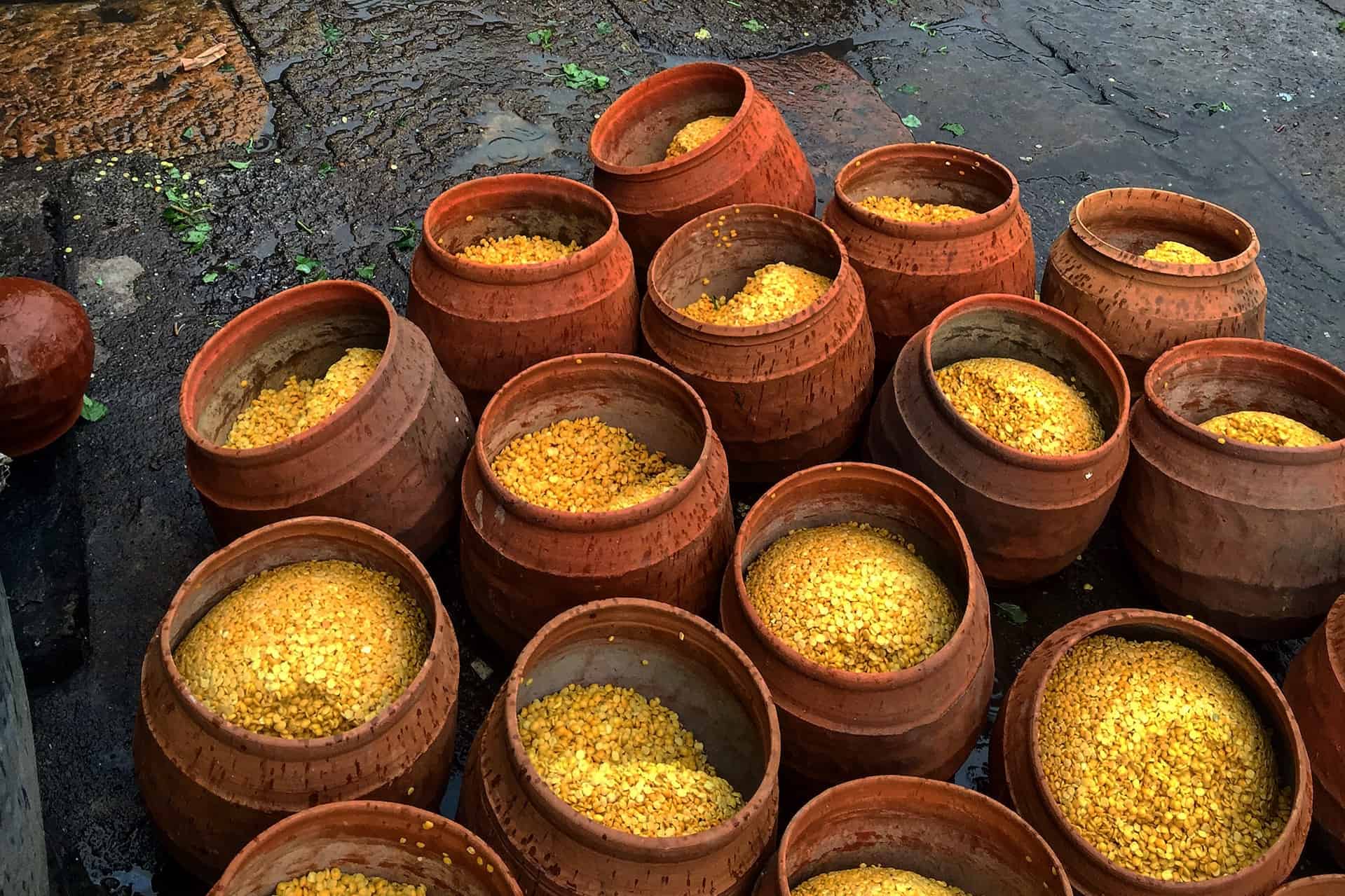 Shoba gives an example of the Jagannath Puri Temple kitchen where faith and food are intrinsically connected with each other.

“The energy with which these prasadams are cooked makes a difference. At Jagannath Puri temple one of the cooks told me, ‘if I think even for a minute that I am cooking this, the pots will shatter. We believe that Mahalakshmi is the one who is cooking and if you listen you can hear her anklets’.”

That was one important takeaway for Shoba, the “bhavana (emotion/imagination)” behind their actions that she found inspiring. “As a writer, we want creative imagination, we want to be a channel through which words flow out. The muse as we call it.”