Growing up Karanth: A biography worth reading

It takes us inside the life and mind of the Karanth family. It shows us how they lived, the kinds of food they ate, the animals they kept, and the connections they fostered.

“Growing up Karanth,” which came out this month– October– is a biography of Kota Shivarama Karanth, the polymath who has been a towering figure in fiction, drama, yakshagana ballets, science encyclopaedias, children’s books and much more. Written by Karanth’s three children, Ullas, Malavika and Kshama, Growing up Karanth is a wonderful read. (Disclosure: Ullas and his daughter, Krithi are friends of mine). 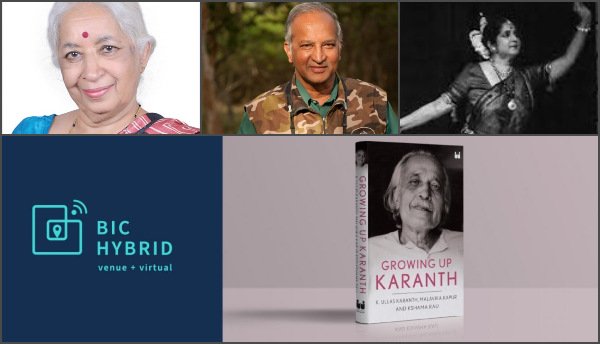 Why do we read a biography? Often, because we want to get to know greatness. We are drawn to charismatic compelling figures and we want to know the ‘real person’ behind the public persona. By this measure, Growing up Karanth delivers in full measure. It takes us inside the life and mind of the Karanth family. It shows us how they lived, the kinds of food they ate, the animals they kept, and the connections they fostered.

There are lovely snippets of Shivarama Karanth, the father, whom the children call “Tata.” Each of them recounts unique episodes. The eldest, Malavika talks about going with Karanth to meet his friends in the evenings and chatting him up on these long walks.

All three children talk about such perambulations with their father, the road-trips they took, and how he taught them about art, architecture, music and life.

The setting for all this action is Balavana, their family homestead where people would drop in to chat and connect. Here, Karanth held court, wrote his many works of literature, took in students, friends and strays, taught them things, and reframed Yakshagana into a modern form while retaining its essence.

It is clear that Shivarama Karanth was someone who followed his bliss, whether it was taking on projects that threw the family more into debt, or going on a voyage to Europe to see its museums.

It is also clear that his wife, Leela Alva Karanth was the anchor to his sails. She is portrayed as a vibrant, compassionate and impactful woman, at least in the early years.

There are many episodes that portray Leela as someone who goes out of her way to make people comfortable– perhaps to her detriment, as her later years show. 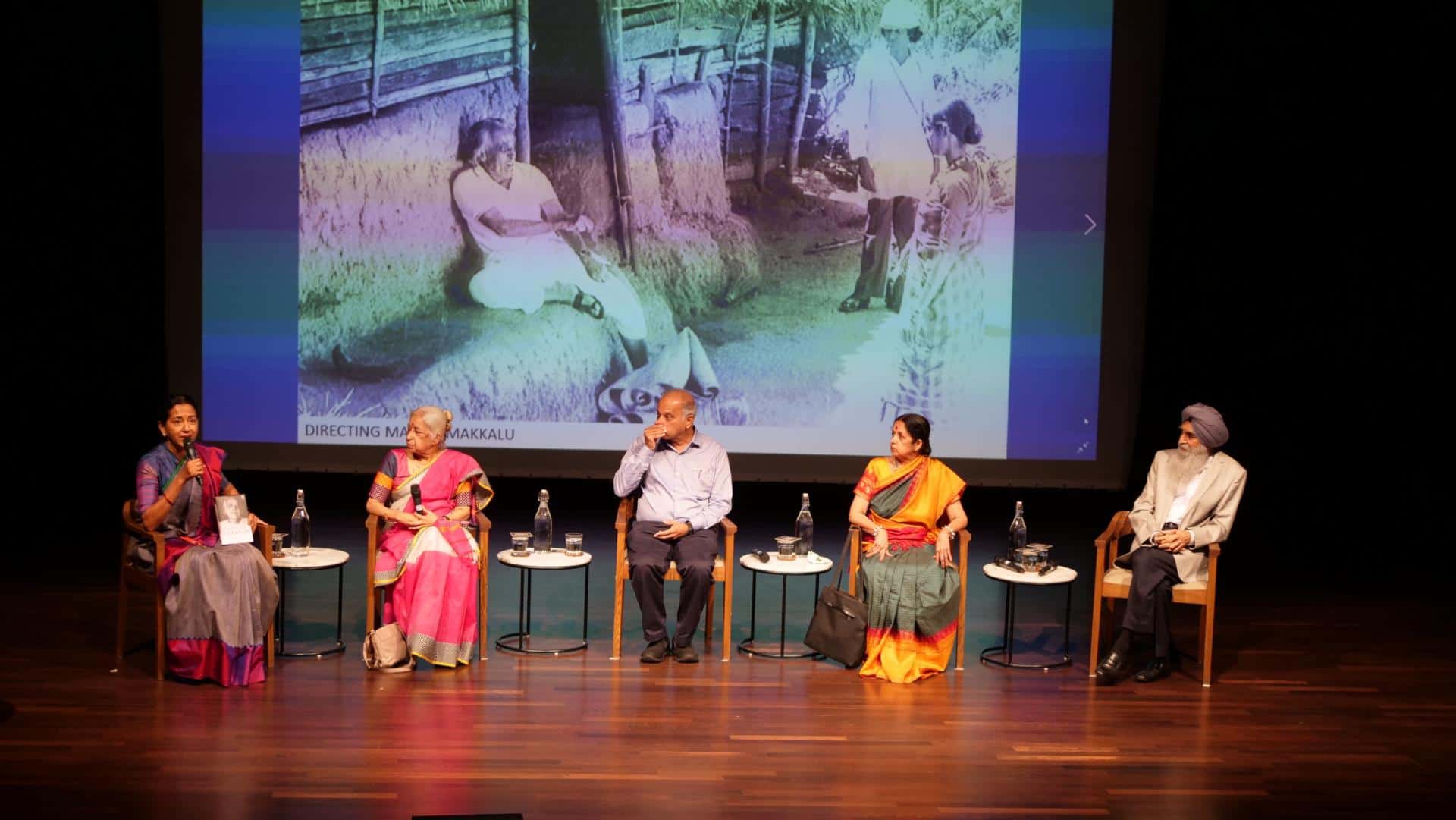 She makes conversation with all the important people who visit their home, ensures that everyone is fed and well, and balances out her husband’s vast appetites for creation and reform. She does this with empathy and panache.

There is a scene early on in the book about how Leela decided that Shivarama Karanth was the man she wanted to marry based on his beautiful hands. She proposes to him and he accedes in his own way. We all think rural Indian women are constrained by tradition and boundaries. Not so as this memoir points out. Each of us contains “multitudes,” to use Walt Whitman’s term.

The best memoirs and biographies are both specific and universal. They offer a prism into their subjects but also into an ethos, a milieu. When I read the episode of Leela proposing, I remembered many other instances where rural women surprised the world by “being forward” in their approach. Most of us deal with stereotypes. Occasionally a good book goes above them.

The book also portrays both parents in all their complexities. The authors write about the tragedies that befell the family. They lost an elder brother, Harsha, very young. Leela was later diagnosed as bi-polar with alternating manic and depressive episodes. Karanth himself became enamoured with a much younger woman whom they call M in the book. 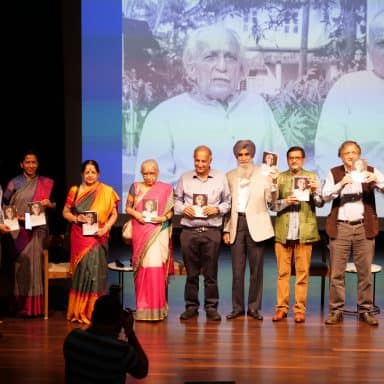 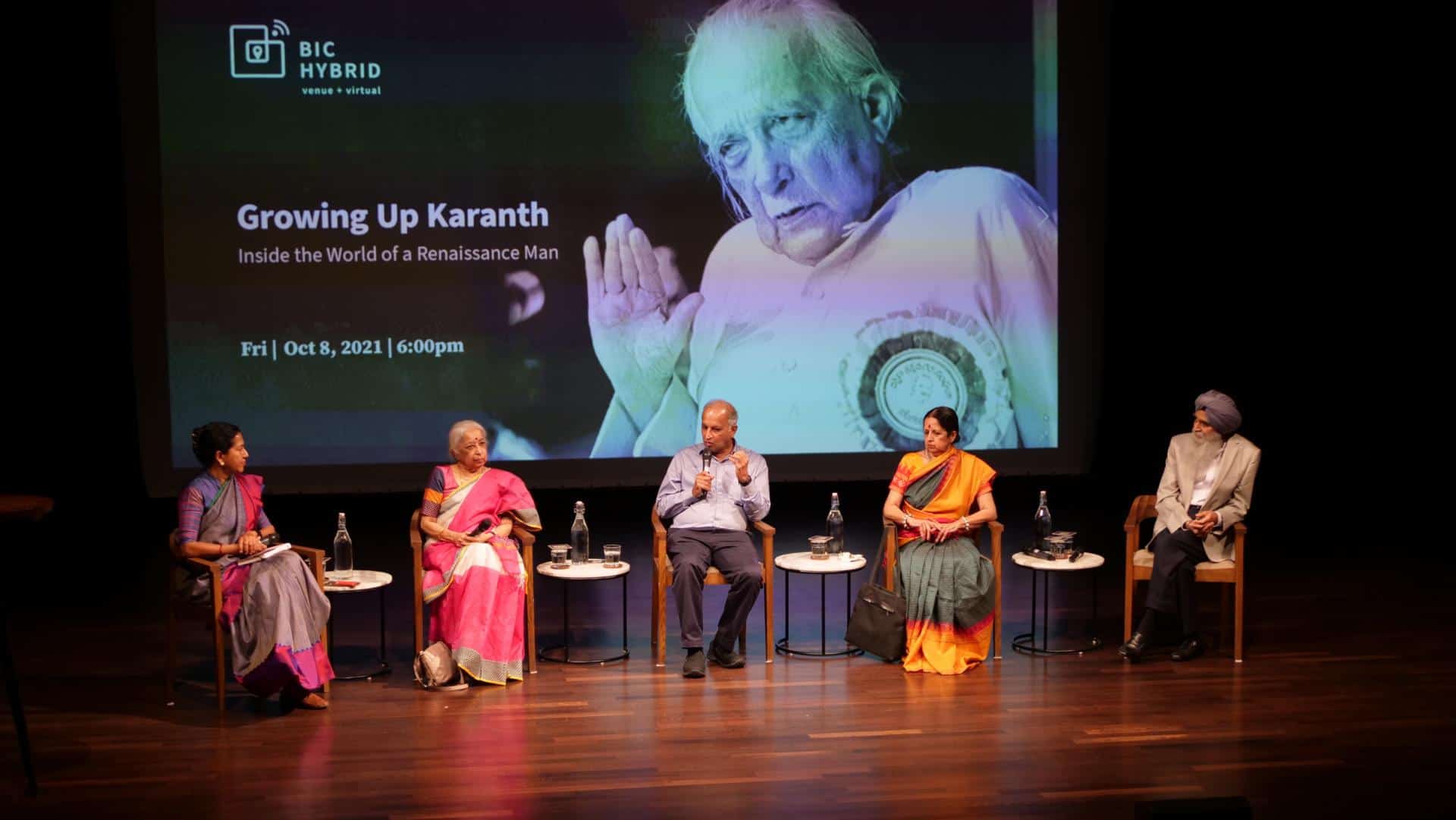 Good biographies are cathartic both for the readers and the creators. They offer a glimpse into the inner and outer worlds of the subject. The best ones have a feeling-tone that allows the inner life of the subjects to fall off the page.

At the end of the book, I was fascinated by– and learned a lot about– the world that Leela and Karanth inhabited, about the many hues of their relationships, about their magnificent largesse of mind and spirit and the myriad small things that make up the landscape of Karnataka.

There are many types of biographies. The ones I love the most are exactly like Growing up Karanth– written not as a worshipful hagiography but as gritty reality. The book portrays both Shivarama Karanth and his talented wife, Leela Alva Karanth as fascinating, complicated human beings– each of them large-hearted and enormously talented in their own way, each with their own specific human frailties.

Most important of all, I saw in their lives, shades of mine. I saw in their relationships, people who I had known. The feelings expressed in the book held a mirror to my own feelings. Isn’t that what you want from a good book? To lose yourself. Growing up Karanth will no doubt make many readers lose themselves in the book.

BIC program that I moderated