Thank you, Deepa Krishnan of Mumbai Magic for pointing me to a great PDF describing heritage conservation in Bombay

Lessons from the Balabrooie brouhaha
On heritage conservation in India
Shoba Narayan
Heritage views No.1: preserve or modernize? 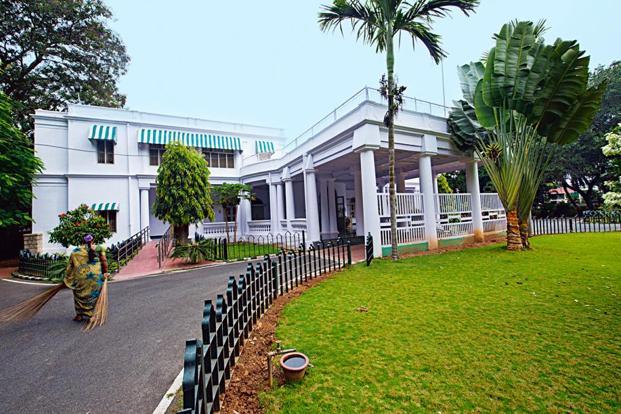 A smart leader allows his people to believe that they have influenced him; and that is what the chief minister (CM) of Karnataka, Siddaramaiah, did a few weeks ago. The brouhaha began with the news that the Balabrooie Guest House, a beautiful 150-year-old government property near the golf course in Bengaluru, was going to be razed to make way for a legislators’ club. Stanley Pinto, a member of the Bangalore Political Action Committee (B.pac), sent out emails protesting this. Eric Savage, an American expat, created a Facebook page called “Siddaramaiah: Save the Historic Balabrooie Guest House”. A Change.org petition was sent out. Rabindranath Tagore stayed here, said one email. As did Mahatma Gandhi.
The thought of this bungalow being converted into a club where legislators could have “women doing Mohini dances”, as the Kannada papers called it (in a manner that was sexist, yet perhaps truthful), was unthinkable. Protesters including artist S.G. Vasudev, singers Raghu Dixit and Vasundhara Das, architects Naresh V. Narasimhan and Sathya Prakash Varanashi, and other citizens gathered on a wet Sunday morning. The CM met a small group and assured them that the Balabrooie Guest House would not be touched.
Bengaluru celebrated and took stock.
Perhaps because we are surrounded by so much history, Indians have little patience for it. If you showed pictures of people protesting to save heritage buildings to shopkeepers at New Delhi’s Khan Market, Chennai’s Pondy Bazaar, Kolkata’s Park Street or Bengaluru’s Ulsoor Market, I dare say they would laugh and dismiss the protesters as jobless: “Vere velai illai,” in Tamil lingo. “They have no other work.”
I purposely left out Mumbai because it is different.
Heritage stands in that nebulous space between archaeology and modern buildings. In India, it is those buildings that are old but not old enough to be turned over to the Archaeological Survey of India (ASI). “Heritage should be viewed as a palimpsest,” said Narasimhan. I nodded knowingly without knowing what the word meant. When I looked it up, it made perfect sense: something reused or altered but still bearing traces of its past. This layering is part of the joy of belonging to an ancient civilization, and this same layering could extend to relatively newer buildings, streetscapes too. That is the point of heritage conservation in India.
For the average citizen activist, the problem is that there is no clear definition of heritage. Does a building become a heritage structure because a famous personality or historical figure stayed there? Because it has beautiful architecture? Or simply because it withstood the ravages of time? A lot of so-called heritage buildings are quite ugly. Should we preserve them merely because they are old? What is cultural heritage? Is heritage fenced off monuments or non-monumental streetscapes? Is it a street or a cluster of buildings?
Going forward, Bengaluru needs to answer questions like these. It also needs a leader—someone like Abha Narain Lambah, a Mumbai-based conservation architect and activist, who has worked for this cause for decades.
Mumbai, or Bombay in heritage conservation terms, is singularly lucky in its citizens; in the passion that the city inspires in its people; in the poetry and prose that it commands; and in the ownership that its residents feel for the city’s boulevards and streets. The cast of characters is varied and aplenty.
There is author Sharada Dwivedi, Mumbai’s biographer. She is the person researchers and conservationists turn to for stories, context and arcane trivia. There is architect Rahul Mehrotra, who collaborated with Dwivedi and is now chair of the urban planning and design department of Harvard’s School of Design in the US. There is the late Shyam Chainani, who put heritage conservation into the vocabulary of municipal governments, not just in Mumbai, but also in Hyderabad, Chennai, and New Delhi. There were civil servants with foresight and willpower, such as Jamshed Kanga and D.T. Joseph, who worked with the list of 145 buildings that the Mumbai Heritage Conservation Committee submitted to them in 1988 and got the files through the various regulatory bodies by the end of 1994. In April 1995, taking observers by surprise, the newly elected Shiv Sena-Bharatiya Janata Party government sanctioned heritage regulation and the heritage list of Greater Bombay. “We had all thought that it was the end of things but in the end, this is what happened,” says Mehrotra.
Like art appreciation, heritage conservation is a learned skill. I still remember the car ride I took with a European professor through the streets of Bengaluru. She looked at a crumbling wall and commented on its beautiful “textures” and “layers”. Where I saw fungus and peeling paint, she saw beauty. How then can this appreciation be transmitted to the public, and why is Bombay so good at it? Next week.

This is the first in a two-part series on heritage conservation. Shoba Narayan loves crumbling walls—nowadays. Write to her at [email protected]