In the spirit of global philanthropy

In the spirit of global philanthropy

In the spirit of global philanthropy
The Good Life | Shoba Narayan 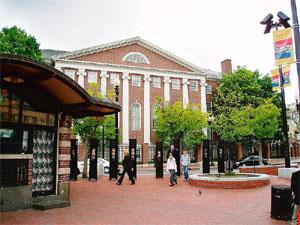 So Anand Mahindra has given $10 million (around Rs44.3 crore) to Harvard. I know, I know. I saw the emails too. “Why do India’s rich make large donations to foreign universities?” His money; his prerogative. And others have done it before him. The Murthys have donated $5.2 million to Harvard to establish the Murty Classical Library of India; the Nilekanis have donated $5 million for the Yale India Initiative; Ratan Tata gave $50 million to Cornell. Both the Ambani brothers have given to Stanford and Wharton respectively, for a fund and an auditorium named after their father. And now Mahindra has given his alma mater money it doesn’t need to establish a humanities programme in honour of his mother. Is this sincere or philanthropic social climbing? Methinks it is both.

Mahindra went to the film studies programme in Harvard and has spoken in forums about the value of a humanities education. Harvard had probably been hitting him for a donation for a while now; and boy, these foreign universities are persistent. The Boston Brahmins probably cultivated Mahindra for years. What was smart was the way Mahindra carefully calibrated this large gift so that he got the most bang for the buck. Had he given $10 million to the Harvard Business School, which he also attended, they would have said, “Gee, thanks,” and poured him a champagne toast, if that. Humanities programmes on the other hand are so poorly funded that even Harvard lapped up his donation like a hungry puppy; and gave him a centre for it. If Mahindra had to give to a foreign university, the way he did it was maximum paisa vasool (bang for the buck), as we Indians call it. Should he have given to a foreign university? That’s a different matter.

Let’s assume this: India’s rich, whether it be Mahindra or Murthy, are Indophiles. Most of them want to give back to India. They balance donating their money abroad by donating as much, if not more, to Indian causes. Even if they do give to foreign universities, they don’t do so disingenuously—to get a honorary degree for instance. Usually, there is a personal connection. Now we come to the crux of the issue. Put yourself in Mahindra’s shoes. Say you wanted to donate $10 million, either to get your name noticed in the global philanthropy world; or to get a building at Harvard—no less—named after you; or because you were simply fed up of the smooth arm-twisting; or because Warren Buffett dared you to; what would you do? Giving to a university is better than giving to, say, Lincoln Center, isn’t it? At least the money goes towards education and you could make your peace with that.

In that sense, for a wealthy Indian, writing a large cheque to a foreign university is like the Commonwealth Games are for India. You can argue, as Azim Premji did, that the money could have been better spent elsewhere. Premji is fundamentally right but that’s not really the point. The Commonwealth Games are not about substance; they are about style. Donating to a foreign university too is about style; Rajini style if you wish. It is about throwing your hat in the ring and telling the world—not just India—that you have arrived.

Mahindra has done terrific work with Nanhi Kali—the NGO dedicated to providing primary education to underprivileged Indian girls—but do you think Charlie Rose or Jon Stewart are going to ask him about Nanhi Kali (if they can even pronounce it) or the Harvard donation? The only guy who will view Nanhi Kali higher than Harvard is Nicholas Kristof but then, you win some; you lose some.

Let’s take the other side now. Bill Gates gives; as does Prince Charles. A fair chunk of their money comes to India. Are Indians being parochial in suggesting that India’s super-rich should give only to India? Absolutely. In politicizing Mahindra’s gift, I am ignoring his strong and genuine ties to his alma mater. I went to Mount Holyoke College for my undergraduate degree. It changed my life. I went from being a psychology major to becoming a sculptor. When I lived in New York, I got invited to lunch with the president of the college because they had somehow found out that my husband worked for Wall Street and wanted a big cheque. We got wined and dined, at the Harvard Club, ironically enough, and donations with a lot of zeros were suggested. I owe my feminism to Mount Holyoke; I owe my love of art to that college. I haven’t given it a penny. Why? Because I am a parochial Indophile Indian; because I think India needs the money more than Mount Holyoke; and because I don’t have enough money to get a centre named after my mother.

When we lived in New York, there was a blow-out between the Tisches and the Everetts, both prominent families, over their donations to the Central Park Zoo. Both families wanted the zoo to be named after them. The Tisches eventually won. It was hilarious. I guess my point is that when we Indians gripe about our rich giving globally, we fail to realize that in the high-stake world of global philanthropy, that’s how it’s done. Mahindra’s donation, in a sense, will open doors for India.

Nanhi Kali is a terrific effort. I downloaded its latest annual report to find out how much Mahindra has given to this cause that he founded and which is clearly close to his heart. I couldn’t get all the numbers so I don’t know for sure. Again, it’s his money, but may I respectfully suggest to Mr Mahindra that he should consider a matching and very public donation to Nanhi Kali? A $10 million cheque will catapult its efforts. If nothing else, it will silence wags like me.

Shoba Narayan is considering following Mahindra’s example and donating to her alma mater. Write to her at [email protected]