Some objects may or may not spark joy, but don’t you keep things because of the stories they tell?

“Have you heard of Marie Kondo?” I asked my aunt, Abida.

I explained that Marie Kondo was a Japanese woman who had written a bestselling book, and gained a Netflix series, all based on how to declutter your home, life and closet.

“Hrrumph,” Aunt Abida snorted. “What’s so great about decluttering? That’s what we do every Bhogi (a Tamil harvest festival in mid-January in which old objects are thrown out or burned, resulting in a haze of smoke above villages in Tamil Nadu that make their name on Jallikattu, Chettinad Chicken and the aforesaid Bhogi festival).

Abida’s full name is Abitha Kuchelambal. She was named after the goddess in a small temple town who married Shiva as Arunachala. My aunt Abida had not married a Shiva but an Iqbal and eloped to Jaipur, which is how I found myself in her home in the Pink City pondering the belongings of our dearly beloved Uncle Iqbal who had died a few years ago. Abida and Iqbal – they were the golden couple, known to all of us kids simply by their musical first names. Like Laila and Majnu or Jodha-Akbar.

The purpose of my visit was to help Abida declutter her husband’s closet, say goodbye to his things. It was time, she said, when she called me. She couldn’t do it alone and needed a detached eye to help her sort through his stuff. Hence, not their children, but their niece. Me.

Grief goes out of the body of those who remain – through sighs and smiles, through shrugs and sobs

Does grief have an expiry date? Most people I know who have lost parents, siblings, spouses, or worst of all, children, say, No. Grief is physical, they say. It makes you hold your breath and wish you could die. It makes you smile at a memory and then sob. It snakes through your stomach and twists around your throat till you wake up breathless and in cold sweat. Like a secret lover or a stealthy intruder, you never know when it will show up. So you make a show of it. You go through the motions of life, wearing sunglasses and a steady smile. You go to the bank and have steady conversations, hugging yourself so that they cannot see you falling apart. You open a bank locker, look at a silver ring, and collapse on the ground in a foetal position, not wanting to get up.

“Let’s start with Iqbal’s closet,” I said gently. “Kondo says that you must keep only those objects that spark joy.”

I pick an old linen jacket that has clearly seen better days. It is coming apart at the seams. Nobody, not even the orphanage will take this rag. I hold it up. Tears well up in Abida’s eyes.

We move on. Every old shirt evokes a memory. “Oh, his sister gave him that shirt. He hated it but couldn’t bear to throw it out. That’s the kind of man he was, you know. Very sentimental.”

“Oh, he bought that scarf for me from South Africa.” A chuckle. “He had no idea what women wear. So caught up in his books. Who will wear a manly-looking scarf like this? So I forced him to wear it.”

“He got this shirt at a family wedding. Atrocious colour, no? Purple. Let’s add that to the throwaway pile. Wait, but he loved purple. Always bought me purple saris.” 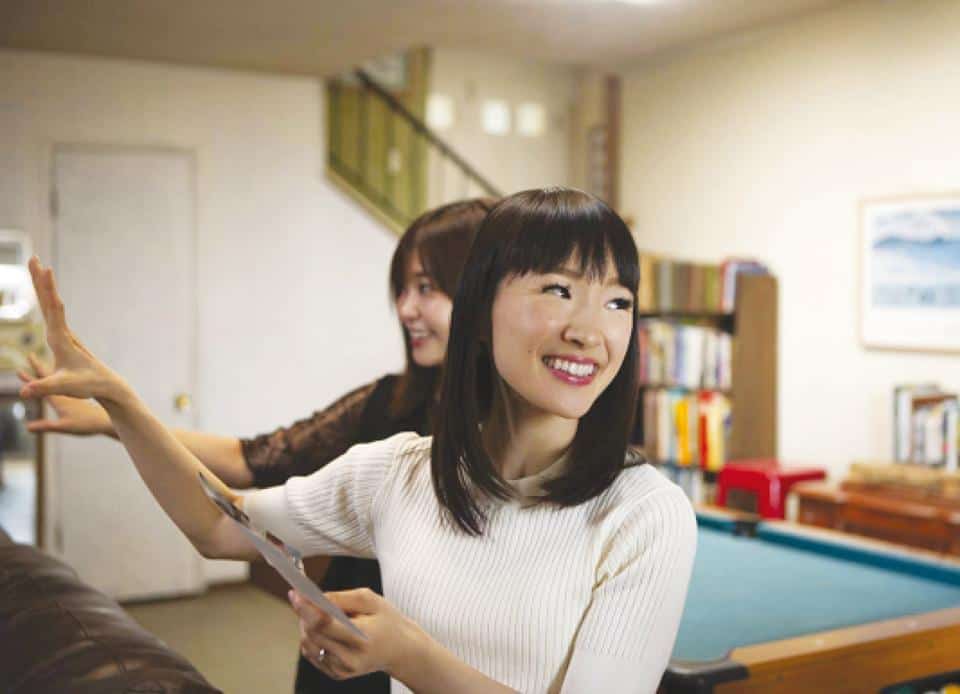 Iqbal’s books, shaving kits, shoes, papers, and photographs all met the same fate. Some brought tears, some smiles, some a shrug followed by a smile. Every single one brought a sigh. And perhaps, this is how grief goes out of the body of those who remain –through sighs and smiles, through shrugs and sobs. The ancient Egyptians understood this when they surrounded the corpse with objects for the afterlife. And this, therefore is my problem with Marie Kondo and her method. You see, some objects may not spark joy but almost every object sparks a story. Joy is ephemeral but stories endure. Isn’t this a better way to look at objects? As keepers of stories?

For Abida, Iqbal’s shirts, ashtrays, shoes and books were both a caress and a compass that gave direction. They were the axis around which her life revolved. And sure, she said she was ready to get rid of them. But when it came right down to it, the very same objects linked her to a departed soul who was calling at her from his abode in the sky.

“Maybe when I am gone, the children can declutter with your Marie Kondo,” said Abida finally. “I am not at all attached to things. You know that,” she added defensively.

She wasn’t. It was just that she didn’t know – and I didn’t either until then – that things were a way to snatch meaning from a largely sad existence. Iqbal lived in her, but his things – through the smells and sights they emanated – oh, they made him tangible.

So take that, Marie Kondo. We aren’t throwing out a single object.