Queen the movie, Lean In

Queen the movie, Lean In

I hope Queen the movie triumphs in the box office, because it is a rare Bollywood film with the heroine as the lead. Also produced and written by Kangana Ranaut. 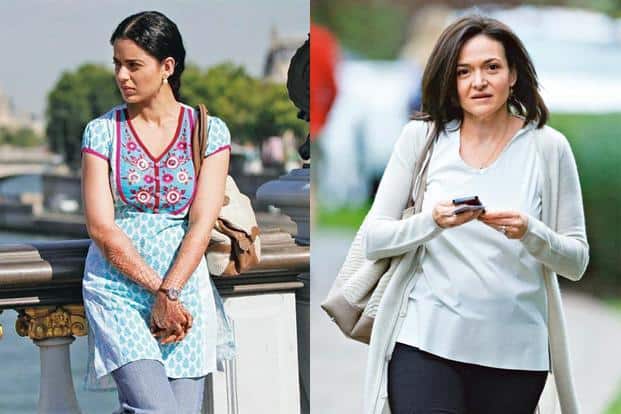 (From left) Rani’s character is about determination and Sheryl Sandberg’s book has come in for a backlash. Sandberg’s photo: Daniel Acker/Bloomberg