Searching for “Good Will Hunting” to watch. But it’s not on TV. thought there would be a lot of Robin Williams movies but I missed them.
Brene Brown, Robin Williams, Nathan Lane– rock stars all.

LEISURE» THE GOOD LIFE
To be vulnerable is to be fearless
What made Robin Williams an icon, was his frequent and honest displays of vulnerability
Shoba Narayan 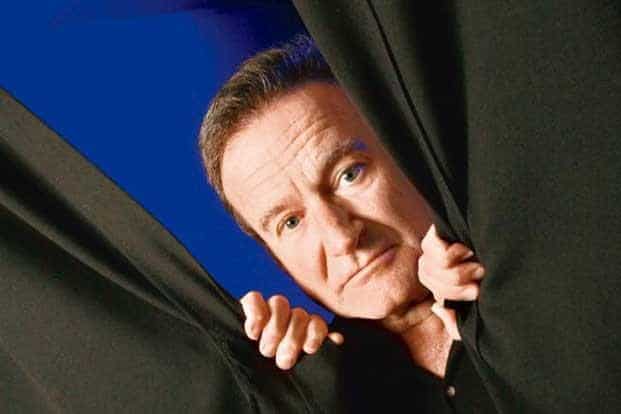 Even though he was over the top and occasionally overwrought in his movies, we each have our Robin Williams favorites. Whether it was the charismatic professor of Dead Poet’s Society; or the husband who dressed up as a housekeeper in Mrs. Doubtfire; or the suburban Dad leading his family on an RV vacation; Williams outplayed his costars and sucked up oxygen on screen. To each role, he brought great comic timing and voice modulation. But what made him an icon, in my view, was his frequent and honest displays of vulnerability: the trembling lips; the crazed eyes that revealed inner demons we knew not which; the ironic half-smile which said, “You don’t know the half of it (of what goes on in my head).” Williams took not just his inner demons but our vulnerabilities and insecurities as well and portrayed them in full Technicolor. The only other actor who came close was Nathan Lane, his costar in my all-time favorite movie, Birdcage. I know its dialogues by heart. If you haven’t seen it, you must watch it not only for its beautiful South Beach setting and funny storyline; but to watch three actors at the top of their game: Robin Williams, Nathan Lane and Gene Hackman. It is one of the few movies in which Williams plays it down and lets Lane and Hackman vie for screen domination. It is perhaps the reason why I love this movie: frailties on display for all to see; frailties that mirror our own and make us nod in recognition. Not all good actors do this well. Leonardo di Caprio has grown into a magnificent actor but vulnerability is not what he’s about. Neither is Tom Hanks, Russell Crowe or even the late, great Philip Seymour Hoffman. To portray vulnerability, you have to be fearless. You have to confront your demons and leave them out to dry; display them for all to see. You have to have enough courage or heartbreak to tie a belt around your neck and hang yourself. RIP Robin Williams.

Vulnerability is a topic that made social psychologist Brene Brown famous. In November 2006, Texas-based Brown sent her husband and children to her in-laws’ house for the weekend. She spread out 11,000 pieces of qualitative data (interviews with people) that she had collected over six years of research all over her house, asking a question to which she had no answer: Why did some people live in a whole-hearted way while others didn’t? Why did some people believe that they were worthy of love while others didn’t? As she sifted through the exhaustive interviews that she had done over years, Brown had an epiphany. It resulted in a TED talk that has over 16 million views so far and is the fourth most watched TED talk of all time. Google her name and you’ll see why.

At her Texas home, Brown made two lists that she called the “bad” list and the “wholehearted” list. Whole-hearted people lived fearlessly. They took risks without fear of rejection. Brown assumed that they lived differently because they came from better circumstances. This, it turned out, was not true. Whole hearted people too had experienced trauma. They came from broken homes and divorced families; faced addiction and other ills. Yet they lived differently. They embraced life rather than shrink from it. Why, asked Brown. The reason had to do with character.

The people in Brown’s ‘bad’ list had certain traits that caused them to live differently. They were perfectionist, judgmental, wore busyness as a status symbol, valued productivity, wanted to prove their superiority, didn’t get emotional and viewed emotion as a bad thing. They were top performers who worried about what other people thought. They liked certainty; they liked to do it all, do it perfectly and make it appear effortless. Recognize yourself? “How can we embrace rest and play if we have tied our self worth to what we produce?” asks Brown. “In order to be whole-hearted you have to allow yourself to be broken hearted.” You have to allow yourself, as Williams did, to be vulnerable. Or you have to die trying.

In the coming weeks, countless students will begin college , here in India or abroad. They will go to JIPMER or IIT; NID or LSR. They will confront students who are brilliant and competitive. They will measure themselves against their peers and come up short. Some students—like recent Fields medal winners, Manjul Bhargava and Maryam Mirzakhani—will be so superior than their peers in intellect that they will do all the academics and do it effortlessly. But what if you are average? What if you are sincere in intent, competent in execution, and kind as a human? Is that enough? How do you measure yourself in this hyper competitive world where all the qualities that Brown listed are valued?

One option would be to get off the treadmill. The other more realistic option, especially if you are 18 and a first-year college student is to face up to your strengths and weaknesses. That requires courage of the kind that came effortlessly to Robin Williams. But for the rest of us who wear the carapace of infallibility as armour, it requires effort and a very specific sort of cultivation.

Shoba Narayan is reading “Atlas Shrugged,” by Ayn Rand as a way to make sense of shrugging as a choice.