The sari is neatly woven into my country’s social fabric: for The National Abu Dhabi

The sari is neatly woven into my country’s social fabric: for The National Abu Dhabi

A piece on my favorite subject.

The sari is neatly woven into my country’s social fabric
Shoba Narayan
Aug 28, 2013

Different people have differing relationships with their country’s traditional clothes. The Japanese, for instance, have eschewed the kimono and adapted western attire. So too the Chinese. In Arab nations, women still wear traditional clothes. So too in Vietnam and India, where women switch between western and traditional wear depending upon mood and circumstance. 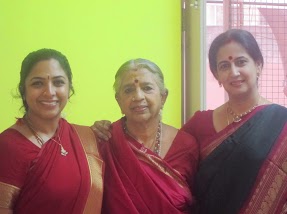 In the last few months, I have started to wear Indian clothes, specifically saris, more often. It didn’t start out this way. During the 18 years when I lived in the US, I rarely wore saris. Vintage Christian Dior suits for formal occasions and shorts when the weather turned warm was more my style. They were comfortable and functional; and got me where I wanted to go.
After returning to India six years ago, I began to look for a style that suited a new life in a new land. Since I work from home, I had to dress for the people I dealt with on a daily basis: the plumbers and carpenters who came to fix my home and hang my paintings; the two women who helped cook and clean; and assorted home-delivery people such as the dry cleaner and tailor.
Gradually, I discovered they took me more seriously if I wore traditional clothes. The sari gave me gravitas. It allowed me to wield authority like my mother instead of appearing like a little girl clad in shorts and a shirt.
The sari also drew me into a life that I didn’t know existed. 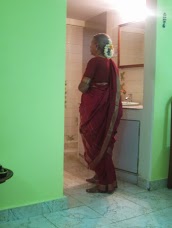 The sari, to put it simply, is six yards of unstitched cloth that is woven and draped by women all over the Indian subcontinent. For women of my mother’s generation, the sari has a huge resonance. It is a dress that they know, love and understand. It conveys purity, unsullied by needle and thread. So much so that most women don’t even stitch the edges of the woven fabric, preferring to tie it into knots to prevent it from fraying. No stitches, no pins, no cutting, just long swathes of beautiful textile that they drape over themselves like the ancient Greeks. This is the sari. 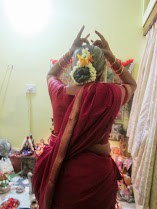 If you ask Indian women, they will tell you that the sari is supremely graceful. It is also, to the modern woman, cumbersome, because it relies on drapery rather than tailoring to give it shape. When I began wearing the sari, I could barely move. The sari, in that sense, is a luxury garment, because it demands a certain leisure and grace that is reminiscent of the past. But looks can be deceiving. My housekeeper, for example, wears a sari to clean my bathrooms. My cook goes through the day – bending, chopping and lifting, all clad in a sari. It is, like haute couture, all a matter of practice. 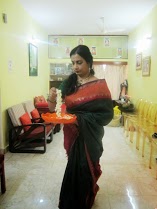 With practice, wearing a sari got easier. I realised that it was all a matter of how I draped the fabric and where I tucked it. Soon, I could sprint across the road clad in a sari. It suited the climate of India perfectly, airing out heat from the open midriff and covering the appropriate shoulder when the weather got cold. It made me feel at home. It also made me feel like an anomaly.
You see, the sari, for better or worse, has become a garment that the young and fashionable will not wear, unless it is a special occasion. The young women who populate my book club often prefer to wear skirts and dresses from Banana Republic and Nanette Lepore instead of a sari. They associate the sari with their mothers; with being old fashioned and traditional; with orthodoxy; with being an anomaly. Often, at parties, I am the only one clad in a sari. It makes me feel weird and not “with it” as my teenage daughter says. 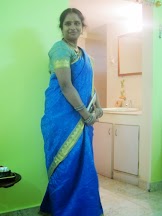 The sari disarms people though. When I go into a gathering populated by the Indian elite, clad in a sari, everyone in the room visibly softens, probably because I remind them of a time when all the women they loved wore saris. Just as the red oxide in my floor prompts Indians to say, “Oh, this floor reminds me of my grandmother’s house,” the sari is an icon that evokes nostalgia. So I disarm the audience in my sari and then slowly reveal the feminist underneath. What was it that they said about iron hand in a velvet glove?