I have started a new contributing gig, which is right up my alley. I’ve sent a series of essays under the title “Travelling with kids.” Here is the first one. 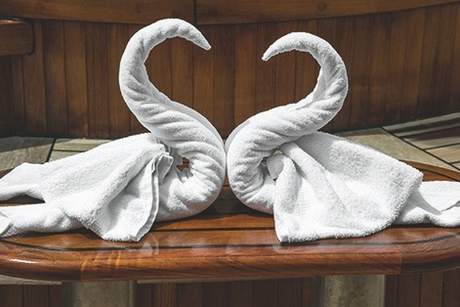 We’re at the foot of the Pyramids, discussing gods, mummies, kings and the Arab Spring. Our guide, Ahmed, had driven us through downtown Cairo, pointing out Tahrir Square and other points of protest, all of which interests my husband but not my daughters.

Finally, at the Pyramids, Ahmed tells us about Horus, Isis, Osiris and Ra, all of which is music to the ears of my fifth-grader, who has just finished studying Egyptian history for a term. She comprehends everything that Ahmed says and matches her demons to our guide’s gods.

“Are you sure Anubis didn’t help Osiris and Horus in the battle between Upper Egypt and Lower Egypt?” she asked Ahmed, her eyes shining under the blazing sun. “This is the worst vacation of my life,” moans my teenage daughter.

It’s about to get worse. We’re setting off on a one-week cruise down the Nile. Our guide is travelling with us and will explain every ancient monument and ruin that we come across. What do you do if you have one child who is a history buff and one who wants nothing to do with it?

Egypt is a particularly hard place to confront this conundrum. Most historical holidays offer options that have little to do with history. England, for example, oozes history from every tower and bridge for those inclined, but also offers shopping, as well as food for the soul and for the stomach. Egypt, on the other hand, offers little by way of distraction for people who aren’t engrossed by its gods and demons.

The first day is a mess. The boat docks at a historical monument. We walk amid its sandstone ruins, filling our ears with stories that we’ve already heard.

Our teenager wanders the souvenir shops, but even they offer the same merchandise: toy pyramids, toy hieroglyphics, toy mummies. “What I wouldn’t give for an H&M?” mutters my daughter, trailing after the guide.

We return to the boat to find a beautiful origami made from our towels. The housekeeping staff have artfully crafted three cranes out of three towels. My teenager is immediately drawn to it.

“Don’t move it,” she cries as we attempt to touch it. She examines it carefully, trying to recreate the steps. “Why don’t you just go and ask the housekeepers how to do it?” suggests my husband.

The artist of this particular creation, it turns out, is a charming 21-year-old lad named Omar. His eyes dance with pleasure as we compliment his work. Sure, he says, he’d be glad to teach towel origami to my daughter.

We make a deal: we’ll cut short the history tours by 45 minutes and come back to the boat to learn origami as a family. Each afternoon, we sit on the upper deck, sipping drinks and chatting with Omar about life in small-town Egypt, while fashioning alligators, bears, cranes and snakes out of white towels. It’s the best education that we get, and my teenage daughter doesn’t even know it.